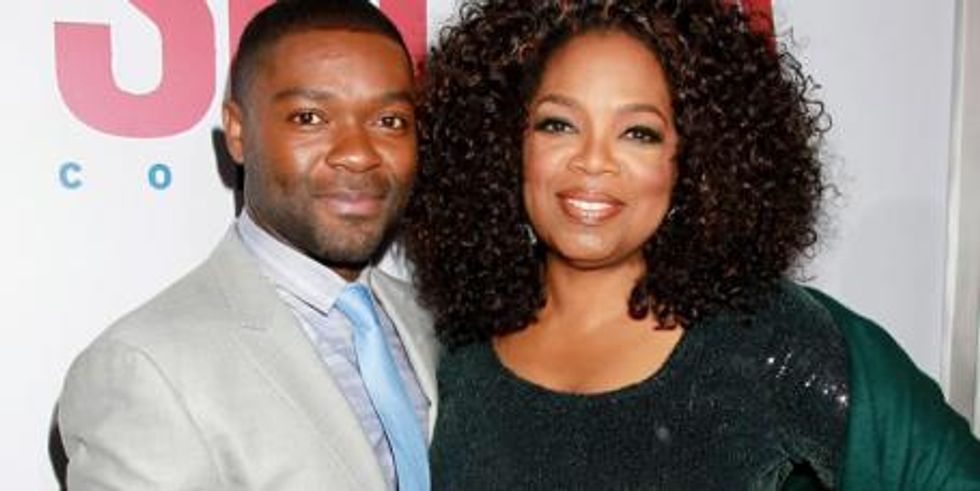 Oprah Winfrey steps up to fund the David Oyelowo Leadership Scholarship for Girls founded in part by the British-Nigerian actor.

David Oyelowo knows how to keep his name in the news.

In addition to a growing roster of forthcoming films Queen of Katwe, Five Nights In Maine, and A United Kingdom, Oyelowo has partnered with The GEANCO Foundation for the inaugural David Oyelowo Leadership Scholarship for Girls, according to the press release .

The scholarship, designed to benefit Nigerian girls who have been victims of violence and crippling gender-based inequality, isn’t in name only. As an ardent GEANCO supporter and recipient of the foundation’s “Global Promise Award” last year for his commitment to Nigerian youth, Oyelowo has played an integral role in the scholarships' funding, administration and promotion.

"We cannot stand idly by while thousands of innocent girls remain under serious threat. With our help, these bright and resilient girls can blossom into Nigeria's most inspiring leaders in government, education, business, entertainment, and so much more,” the Selma actor says. “The way to combat oppression and injustice is to be intentional in calling it out and then seeking to affect sustainable and long-term change. That is what these Leadership scholarships are all about. We seek to nurture a generation of strong female trailblazers whose positive impact will be felt across Nigeria and around the world."

The David Oyelowo Leadership Scholarship for Girls is in response to the abduction of the Chibok schoolgirls and others who have been kidnapped, raped and terrorized in Nigeria. Those who have managed to escape or have been rescued often face ostracism from their communities and have fewer educational opportunities.

Oprah Winfrey is among the group of seed funders who made the three scholarships that will be handed out for the 2016-2017 academic year possible. This year’s recipient will have an opportunity to enroll at the Anglican Girls Grammar School, a boarding school known for its emphasis on STEM, located in the capital, Abuja.

Future scholarship recipients will be placed at other high-performing schools in Nigeria.