People Are Going on Strike For a National “Day Without Immigrants” 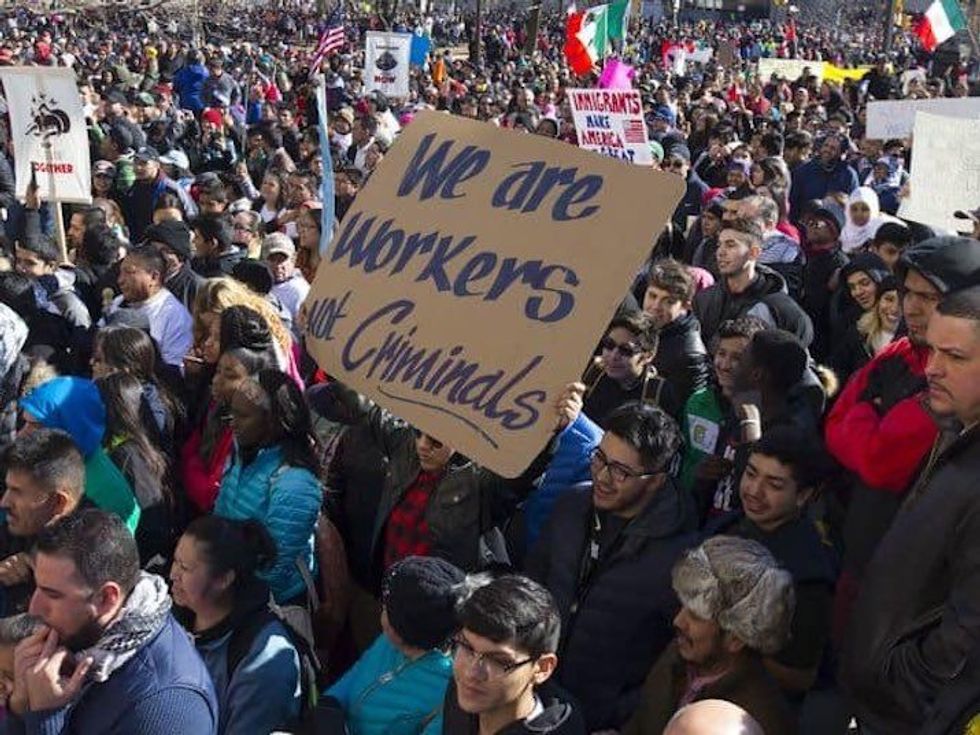 Several businesses in major cities across the U.S. are closed today for a national strike in protest of Trump's anti-immigrant policies.

Trump is a damn fool and, today, immigrants across the United States are letting him know it.

Several businesses in major cities such as Washington D.C., Philadelphia, and Austin are closed today for a national "Day Without Immigrants," in protest of President Cheeto Satan's crackdown on immigration, which has included his anti-Muslim travel ban, as well as his proposed plan to seal the U.S.-Mexican border.

In order to emphasize the invaluable contributions of immigrants to American society, demonstrators in various states have chosen to skip work today and to boycott certain establishments. Some children in D.C. and New Jersey have stayed home from school.

Immigrants, you get the job done.

Except today. Take a break.#UnDiaSinImmigrantes#DayWithoutImmigrants

Many on Twitter have called out the apparent hypocrisy and outright idiocy of Trump's anti-immigration measures, sharing their support for the movement using the hashtag #DayWithoutImmigrants.

When Americans complain about "illegal immigrants" it pisses me off. You didn't discover this land. You stole it. #DayWithoutImmigrants

It's ok for white ppl to invade this land & murder ppl. But God forbid a brown kid wants to come here for college. #DayWithoutImmigrants

I'd love to see #MelaniaTrump walk off the job today.#DayWithoutImmigrantspic.twitter.com/iB0fqqkX1c

You will learn today, Cheetolini!

Rt if you stand in solidarity with the immigrant community!#HeretoStay ? #GrabYourWallet ? pic.twitter.com/S9I83QwiAD