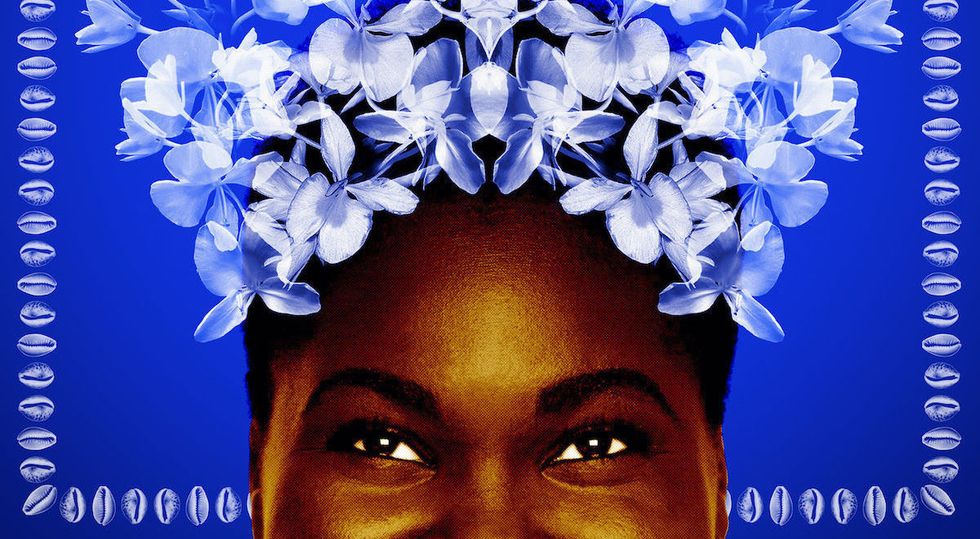 'Cubafonía,' Daymé Arocena’s new record, is an audacious album of bespoke Cuban music for all millennials.

Daymé Arocena and I met in person for the first time in Edinburgh, Scotland, during her debut at the Edinburgh Jazz and Blues Festival 2016.

She was on a world tour presenting Nueva Era, her first album. I felt so inspired by her presence on OkayAfrica last year that I figured it just made sense to write a piece framing her rise to stardom, along with the work of others, within a strong front of a new generation of Afro-Cuban artists and intellectuals.

I'm inspired again by listening to Cubafonía, her excellent new album which just dropped on Brownswood Recordings. At only 24, Daymé is a seriously powerful performer who wants to bring the rhythms of today’s Cuba to young people across the globe.

Not simply the traditional '50s-era type Cuban sound, but that fusion of contemporary Cuban sounds that a generation of virtuoso jazz musicians is pushing in Havana. We met over Skype to discuss the new album.

"Cubafonía is about the musical sound of Cuba. With this album, I would like to show the world the musical power Cuba has in store. I respect, admire, and study the legacy of the Buena Vista Social Club, and all those masters of traditional Cuban music, but it's not the only thing there is in Cuba," Daymé tells me.

Last year, while she was on the Nueva Era world tour, she got a full sense of how important it was for her to work with Cuban musicians. "I made all sorts of sacrifices to get to play my music the way I wanted to, with a band that would understand me and would follow me. The more I travel, the more Cuban I feel."

Daymé composed all the songs on Cubafonía. She teamed up with leading Cuban musicians Gaston Joya and Emir Santa Cruz, and L.A. based multi-instrumentalist Miguel Atwood-Ferguson to arrange her ‘canciones jazzísticas’ (jazz-style song compositions) into an array of Cuban rhythms.

"The more I travel, the more Cuban I feel."
"Mambo Na’ Mà" ("Nothing but Mambo"), the first single out of Cubafonía, is a savvy combination of the mambo rhythm with a twist of New Orleans jazz. The arrangement on "Valentine" follows Eastern Cuba’s changüi rhythm. On "It’s Not Gonna Be Forever," Dayme,and her team used Los Van Van’s signature songo rhythm.

My personal favorite is "Lo Que Fue" ("What We Had"), a very smart bolero-montuno-cha fusion that ends with a chorus that references Daymé’s signature laughter. The song is pure flavor. Go see her live, you will understand what I mean.

"All of those are rhythms born in our country. I would like young people worldwide to know that to be a good musician one must also have a go at Cuban music; that’s how I see it," Daymé says. "I would also like to create my own audience. I want an audience of people who have the same age as me and wish to listen to music that is interesting, new, and fresh. I believe my intention is to take my culture around the world, to play for everyone. I am really, really interested in playing for people my age. They're an audience that will grow with me, they are living the same times I am living; we will grow old together."

Coincidentally, one February night while preparing to interview her, I heard "Mambo Na’ Mà" on Julie Adenuga’s iTunes Beats 1 Radio show. I was thrilled because, to me, it's always exciting to hear present-day Cuban music air on UK radio.

Beyond the fact that Cuban music today has a certain amount of latency with respect to the language of beats and digitally-produced music traversing the diaspora, the fact that the format of Daymé’s new effort is Latin jazz means her music is tailored expertly to carry global currency.

I agree with her, there is a lot of music being made in Cuba today, both for her to explore and to share with the world. Cubafonía, Daymé’s present rendition of such exploration is an audacious album of bespoke Cuban music for all millennials.

Having said that, I should also say here that in my opinion, within the greatness of her new music, the timbre of her voice is the most remarkable element. For future projects, I would love to hear Daymé’s talent venture into the arguably riskier mix of Cuba’s current sounds with the vibrant mosaic of urban Afro-diasporic music that's in heavy circulation.

I would love to see her pushing the boundaries of our sound in collaborations with other Cuban artists like Kumar Sublevao Beat, Axel Tosca or Ibeyi. It may perhaps be necessary.