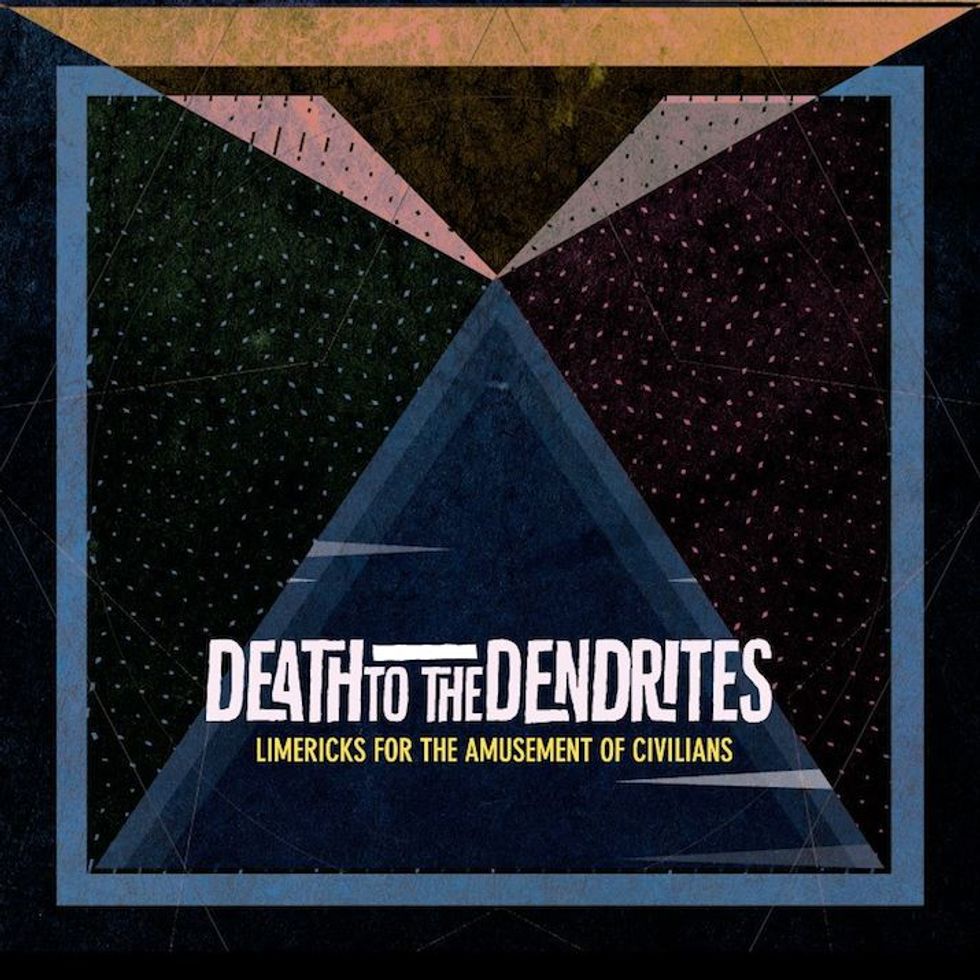 Limericks For The Amusement Of Civilians is the debut EP from a mysterious newcomer in Johannesburg. Prog rapper Death To The Dendrites, who says he'd like to remain anonymous, told Okayafrica his vision was to create an experimental rap project which "speaks to the nuances of the post-colonial African condition." In creating the record, the emcee teamed with a JHB-based producer working under the moniker FauxCast. Much of the writing for the five-track EP, a brilliant synthesis of future-sounding beats and enlightened rap, was done in the inner cities of Johannesburg and Pretoria, where Death To The Dendrites tells us he observed "the newfound consumerist culture and all its consequences."

According to the rapper, "I feel like African intellectuals today are in a place where we're forced to sell our plight as a novelty. We're in limbo between futurism and a rediscovery of our history. We know that our paradise is anywhere but here and now. We're fighting to cure ourselves whilst denying our sicknesses. The record explores these notions with allegorical references to them. Using rap as a medium for academia by and for black people."

Keep up with Death To The Dendrites on Facebook and Soundcloud, and download his debut EP, 'Limericks For The Amusement Of Civilians,' here.