Dex Kwasi Gets Introspective In 'WTFDex' 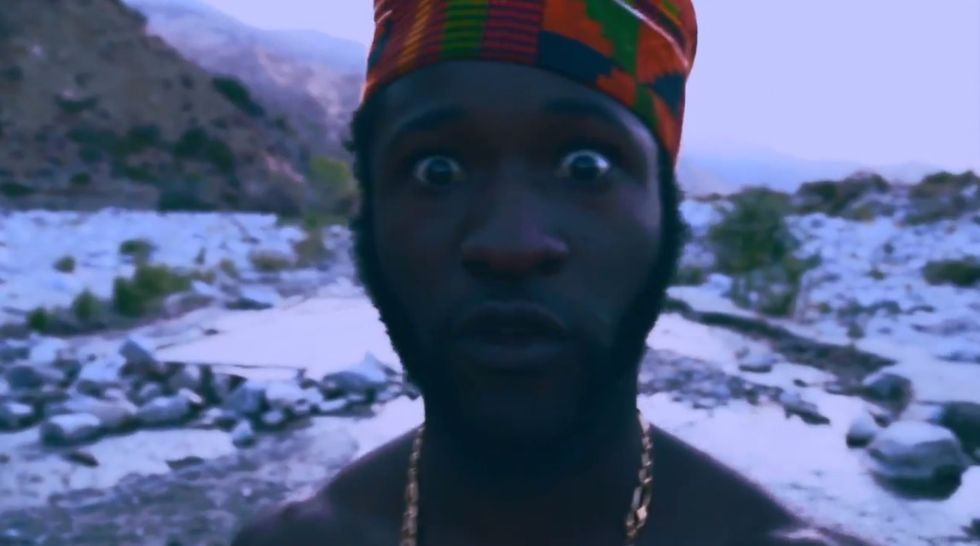 Less than a month after dropping the video for "Africa (Trappin')," Ghanaian rapper Dex Kwasi returns with some new visuals from his debut LP. 'WTFDex' is a nod to classic hip-hop that finds Kwasi adopting an Andre 3000-esque flow as he waxes poetic about his own mortality over a slow burning N-Dex-produced beat. The African $ex Symbol honors his afrobeat influences as well towards the end of the track with a percussive interlude that features a soundbite of Fela Kuti sharing his views on religion from the 1982 documentary Music is The Weapon. The hazy video, which follows a pensive Kwasi, begins with a humorous news clip of a junior high school student whose confident assertion to 'burn the paper' is quickly flipped into an activity of a more herbal nature by Dex Kwasi and his lone co-star. Watch the video for "WTFDex" below and stream African $ex Symbolon soundcloud.