Dilaska 'Get Up Right Now' 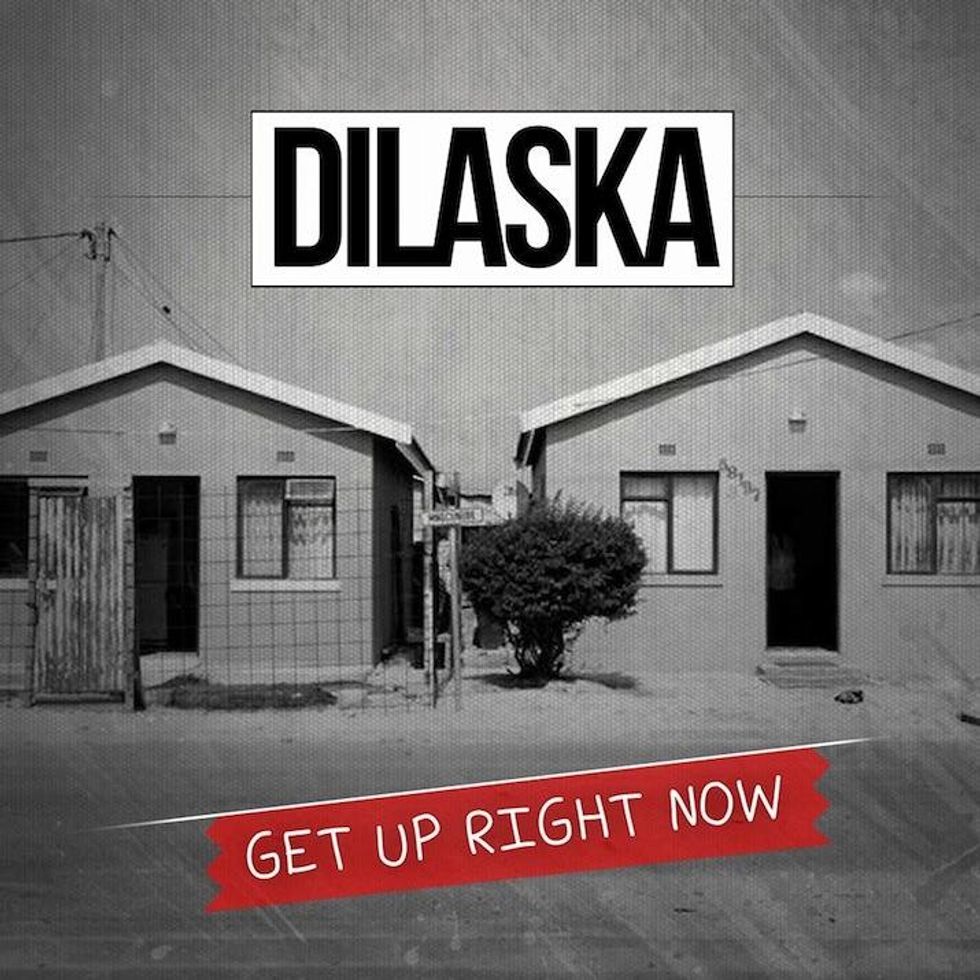 Durban-born, Cape Town-based emcee, vocalist, and producer Dilaska released his first solo project towards the end of 2013. Titled Suffer No More, the project saw Dilaska opening up about his struggles, his desire to better his situation while managing to thoroughly entertain. He produced most of the songs on the project but also roped in the likes of Hipe, Eudy, and JayTip to add variety to the soundscape. Born in the Durban township of eNanda, Dilaska did some growing up in the Eastern Cape before relocating five years ago to the Mother City, where he's steadily building a name for himself as a producer, emcee, and vocalist of note. Two weeks ago, he made an appearance on SABC2’s Hectic Nine-9 teen TV show where he performed his latest single “Get up Right Now” before making it available to the public on his SoundCloud page. On “Get Right up Now,” Dilaska showcases his versatility as an artist (he sings, raps and produces on the track) while motivating and inspiring. “It was my attempt [at] finding a song that can connect with the youth somehow. For them to understand that everything is in their hands the same way I needed to realise that in order to start making moves,” he says. He is also responsible for the spring-ready backdrop which he was assisted in orchestrating by Kalian Volk– a friend from campus– who played the keys. Listen and download Dilaska's “Get up Right Now” below.