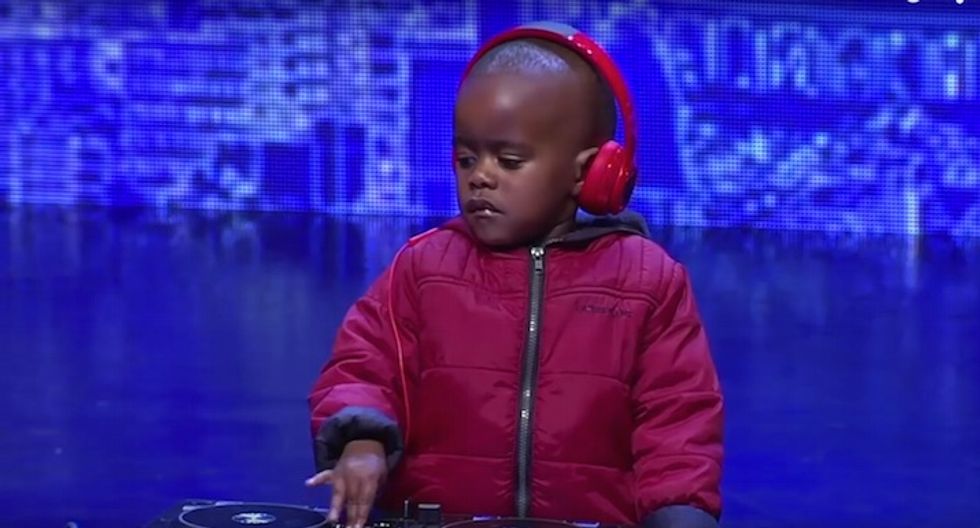 Watch 3-year-old South African DJ sensation Arch Jnr advance to the semi-finals as the youngest contestant to appear on SA's Got Talent.

Arch Jnr (aka Oratilwe Hlongwane) is the 3-year-old Alexandra-hailing DJ who first rose to notoriety after his father began posting videos of the toddler virtuoso on YouTube in January. Touted as the "world's youngest DJ," Arch Junior is fast becoming something of a seasoned artist, currently boasting over 49,000 Facebook followers and, according to Pulse Radio, endorsements from Guess Kids, Beats By Dre, Mini Cooper and Djay Software.

In last night's episode of SA's Got Talent, Arch Jnr become the youngest contestant to appear on the e.tv reality show. "He basically started DJing at the age of one - that's when we discovered that he had love for music," said his father, Glen Hlongwane, before Arch Junior took to the 1s and 2s with his signature red Beats headphones. The crowd went absolutely wild, including SA's Got Talent judge DJ Fresh, who sent the 3-year-old straight to the show's semi-finals with the last "Golden Buzzer" of the year.