Watch the Music Video for DJ Kaymoworld’s ‘The Come Up’ Featuring 25K, Reason and Espiquet 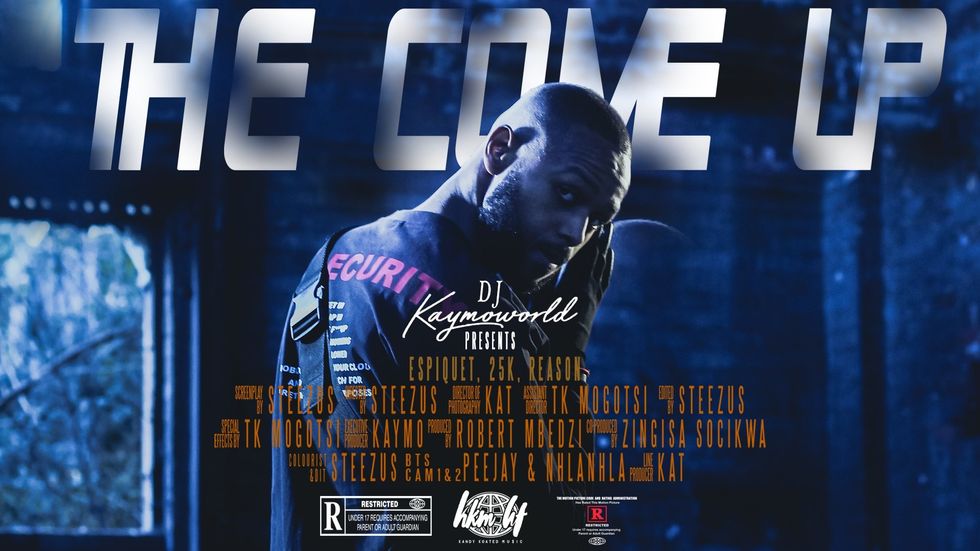 DJ Kaymoworld assembles a formidable trio in his new single.

Newcomers 25K and Espiquet appear alongside Reason on DJ Kaymoworld's new single, which is fittingly titled "The Come Up." 25K delivers a catchy hook, while Reason and Espiquet rap laidback verses over a minimal trap instrumental.

Espiquet is one of most promising lyricists in South African hip-hop, and on "The Come Up," he makes his case with an effortless verse that is decorated with his baritone. His verse sets the tone for the rest of the song; he establishes the flow, which Reason picks up in his verse.

As expected, Reason delivers yet another gem of a verse, with lines like, "I need cheese like Busta, I love greener pastures/ Motherfuckin' Caster, all you pussies hate it everytime I'm runnin' past ya."

The second half of his verse is delivered mostly in IsiZulu; it's always a pleasure hearing Reason rapping in vernacular. He goes on to assure you that the streets got his back, as he namedrops the likes of Maggz and MaE, who he says you should confirm with if you don't believe how much the streets fuck with him.

The music video for "The Come Up" is grimy, shot at night in the streets where Kaymo and 25K roll in a sporty BMW. The video, which was directed by Steezus, boasts cameos from the likes of Focalistic, Gemini Major, Dee XCLSV, Manu WorldStar and Stilo Magolide.

Watch the video below and stream the song underneath: