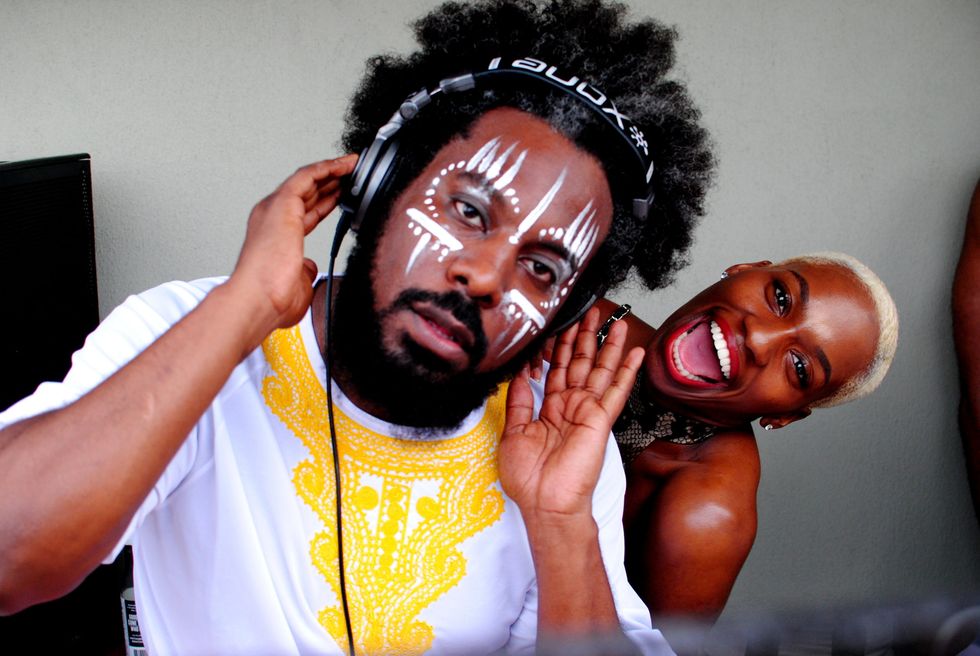 We catch up with Everyday People's DJ mOma ahead of EVERYDAY AFRIQUE this Memorial Day.

BROOKLYN—As EVERYDAY AFRIQUE returns to this Memorial Day, OkayAfrica catches up with DJ mOma, one-third of the Everyday People founding members, to talk the history of the collective and party, the musical landscape of nightlife in New York City and more.

He even hooked it up with a playlist of what to expect as he spins this Monday.

Be sure to get your tickets for EVERYDAY AFRIQUE, and read our brief chat with DJ mOma below.

OkayAfrica: Could you give us a brief lowdown on what Everyday People is and how EVERYDAY AFRIQUE came to be?

DJ mOma: Everyday People is a day party that was started in Manhattan back in 2012 by myself, Saada and Roble. Since then it's grown to have multiple residences in New York City. The party is also touring throughtout the country and internationally.

The collaboration with OkayAfrica stemmed from a small party at Louie and Chan called Electrafrique where the founder DJ Cortega was doing the party in partnership with OkayAfrica. Ginny Suss booked me to DJ and it was a great party centering on African sounds from classics to modern to the derivatives like dancehall, hip hop, etc. It was a great night and such a success, that following that Eletrafrique and OkayAfrica asked us to join them at Output, where they had done one party before. Once we moved over to Output, I had brought the Everyday People apparatus along—and that's where EVERYDAY AFRIQUE came about.

OkayAfrica: How has the musical landscape changed since you've introduced African sounds to the New York party scene?

DJ mOma: New York nightlife went from being club-centric to being party-centric. The clubs have their formats that they don't really deviate from, whereas the parties like Everyday People, we have people who follow us everywhere we go and we're able to introduce people to sounds we think are fresh. Over the past five years, there was always a strong dancehall and soca presence, but we've been able to introduce Brazilian sounds, coupé decalé, afropop, South African sounds, grime and the skanking music from the UK.

The way it's changed the most is that five to 10 years ago, you wouldn't have had a platform to play that music, it would've been in a small space that would hold 300 people. With big parties like EVERYDAY AFRIQUE we have a platform of 1,000 to 2,000 people that we can play that music to, and once those songs become familiar and classics to people it helps the entire genre spread like a wildfire. Especially with Shazaam—they can own the song after that.

OkayAfrica: Since this Monday is the first EVERYDAY AFRIQUE kicking off summer 2017, what do you want folks to get out of the party?

DJ mOma: I just want people to come together and have a great time, but I want them to remember the classics of the past two years, but also to keep an open ear to the new sounds that we're going to try and introduce. I noticed that when we first started playing a lot of African and Pan-African music in New York City, people were wide open because it was all new to them. And when they developed the classics and songs that they liked, they kind of just wanted to hear those, which just reminded me of a generic hip hop party in a sense. I just want people to embrace the classics, but to be receptive of the new music we're going to play. I'm especially excited to see what sounds Cortega is going to bring from the continent.

DJ mOma also graced us with an EVERYDAY AFRIQUE starter kit of songs he's had in rotation lately, have a listen via our Apple Music playlist below: