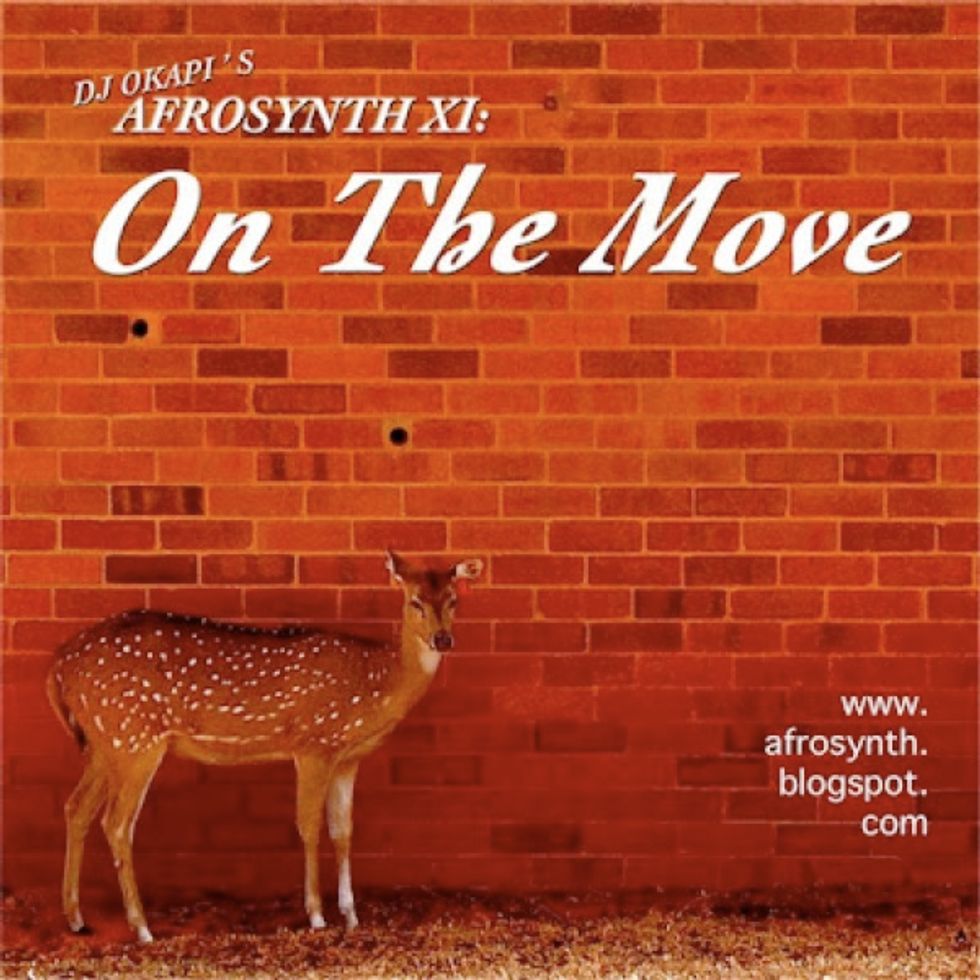 DJ Okapi digs up South African "bubblegum/disco" gems from the late 80 and early 90s, showcasing individual releases and collecting tracks onto mixtapes that he features on his Afro-Synth blog. On The Move marks his 11th mixtape release of vintage pop tunes often unheard outside of SA due to the cultural boycott of the 1980s. We asked Okapi to him to expand on his mix:

Building on the vibe of some of my favourite tracks from the previous mix, Winner Takes All, with the latest mix On The Move I focus on the R&B/disco-funk that some of the more innovative South African artists were recording in the second half of the 80s - artists like Cisco, Funky Masike, Melvyn Matthews, Ymage and Om Alec. While the American influence is obvious, all [the artists] managed to inject some local flavour — rather than cheap imitations, these songs show how SA acts translated international trends for local audiences.

Tata's "Afro Breakdance" is a good example. Listeners from overseas will again be pleasantly surprised to hear how diverse the local scene was at the time of the cultural boycott and how fresh it still sounds today. The second half of the album is vintage bubblegum more similar to previous mixes — acts like Dan Nkosi, Zone 3, CJB, Ali Katt and Lazarus Kgagudi were all big local stars in the 80s — ending with a novelty hit by the late reggae legend Lucky Dube, using the name Oom Hansie.

Stream Afrosynth XI: On The Move below and download it from Afro-Synth's site.