This Clip of DJ Sbu Interviewing Mzekezeke is A Serious Mindfuck 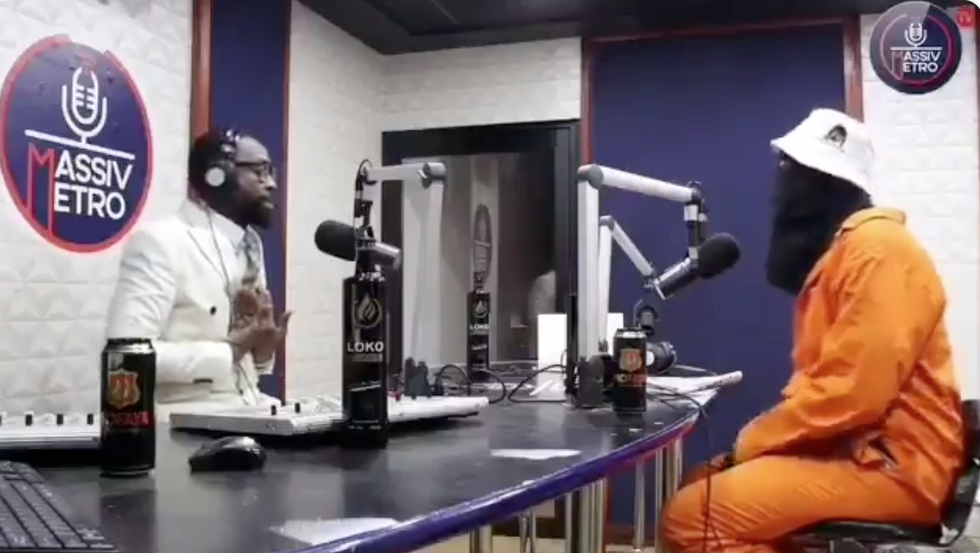 Okay, what exactly is happening here?

South African DJ, producer and entrepreneur DJ Sbu posted a clip of himself interviewing his alter ego Mzekezeke on his radio show on the internet radio station Massiv Metro.

As expected, many people are puzzled, as Mzekezeke and DJ Sbu are believed to be one person. DJ Sbu has, however, maintained he's not the asinine kwaito star.

Some people believe the clip is doctored, citing that Tyler Perry and Eddie Murphy who have played multiple characters in movies, and are demanding that DJ Sbu posts a clip of him welcoming Mzekezeke into studio. Others are questioning why the studio, which is usually crowded, has no people except Sbu and Mzakes in it.

This isn't the first time DJ Sbu has interviewed Mzekezeke. In his third album, 2006's Ama B.E.E, in a skit titled "TS FM (DJ Sbu Interviews Mzekezeke)," the two characters can be heard conversing in another staged interview. They were, just like in the clip, discussing the fact that people think DJ Sbu and Mzakes are the same person. But skits are usually acted out, and the conversation is disjointed.

Either way, the two got people talking, and Mzekezeke announced that he is releasing new music today.

Mzekezeke released his first album S'guqa Ngamadolo in 2003, and went on to be a smash kwaito success, releasing successive hits, including "Amakoporosh," "Akekh' uGogo," "Ama B.E.E," "Important People," and countless others.

Every now and then, the masked kwaito artist releases new singles, and this year, he's upon us again. DJ Sbu also released a new single last month, titled "Beautiful" and featuring Portia Monique.

Watch the clip of DJ Sbu interviewing Mzekezeke below.