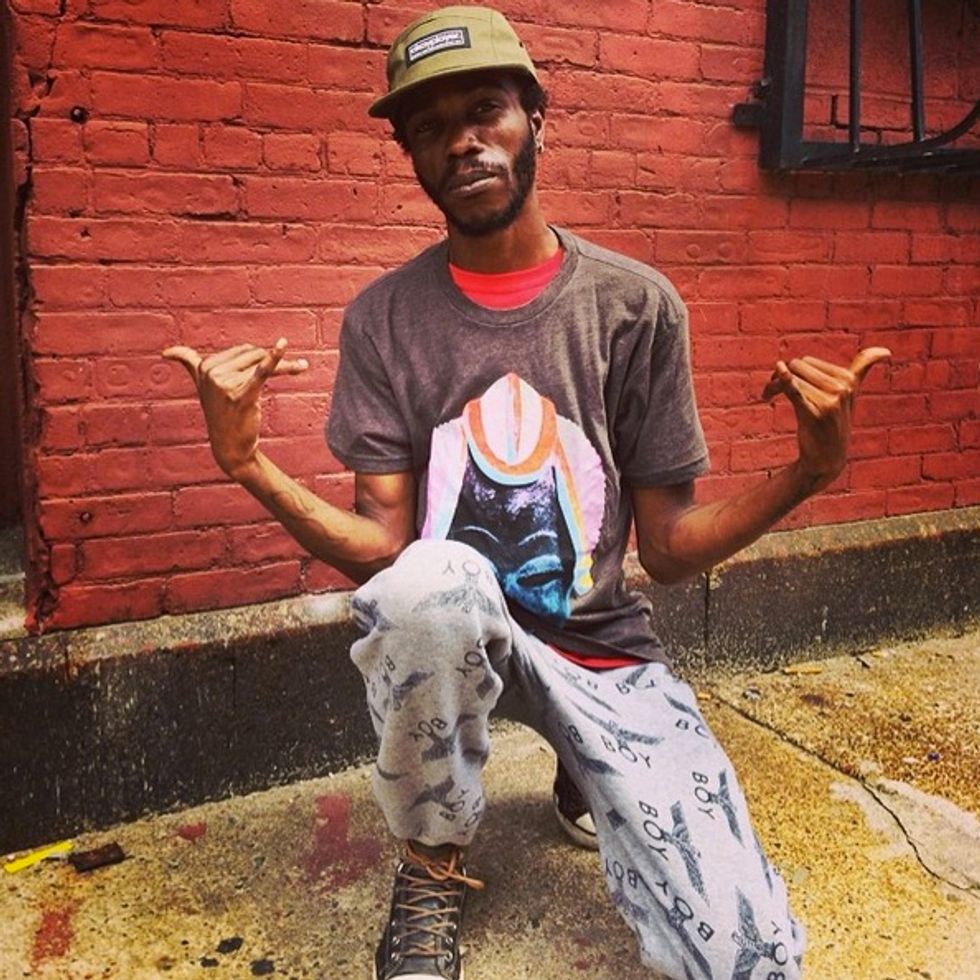 DJ Spoko needs your support. Here's how you can help.

In addition to being one of our favorite producers, Marvin Ramalepe, aka DJ Spoko, also happens to be a close personal friend to some of us here in the Okayafrica office. He’s also a close friend to so many others in South Africa, New York City, London and any of the other electronic music hubs he’s toured over the years. Marvin means A LOT to a whole lot of people.

Now he needs our support.

Last month, while on tour in Europe, Marvin fell seriously ill in Glasgow. His tourmates from the Highlife crew checked him in to the Queen Elizabeth University Hospital, where Marvin was diagnosed with TB. He’s been there for over three weeks undergoing treatment for a life-threatening condition.

Thankfully he’s doing better, and he’ll actually be discharged on Monday. Though in order to get back to South Africa and receive continued medical treatment, he’ll need some help.

Miraculously (but in no way surprising), Marvin was able to make new music during his hospital stay. It’s a six-track release he’s calling his Special Edition EP, recorded straight from Ward 5c of Queen Elizabeth University Hospital in Glasgow. By purchasing the EP, you’ll be donating to what Marvin calls the “Spoko foundation,” for which he says he plans to go around educating people about TB.

Donate to DJ Spoko's cause by pre-ordering his 'Special Edition' EP here.

The Highlife crew have also launched a campaign to raise funds for Marvin. Yesterday, they made their excellent Highlife World Series–which includes releases from Uganda and Kenya–available for download on Bandcamp. Proceeds from sales will go to Spoko's campaign.

According to the Highlife crew:

“Marvin aka DJ Spoko has recently been on a European Tour. Whilst on arrival to his last show at Highlife Glasgow, Marvin fell unwell and was admitted by the Highlife crew to the Queen Elizabeth University Hospital. Marvin underwent serious medical treatment for life threatening diseases very common in South Africa. Marvin has recovered and will spend another week in Glasgow for extra medical attention. Marvin has also shared his medical condition with young University students and plans to deliver educational programmes all over the world from here forth.

This fundraiser has been set up for when Marvin will be released to ensure he gets back safely to his family in Limpopo, South Africa and that he also receives the aftercare needed at this stage and has the resources to share his experiences with those who need it most in the townships of South Africa.

The past 18 months Highlife has been involved closely with an NPO - Santuri East Africa (santurisafari.org) where they have facilitated, curated and performed various workshops with young DJ’s, producers, vocalist, musicians and sound engineers to present the West with new musical ideas out of the East Africa region, notably the Highlife World Series that kicked off with Cuba followed by the successful Kenya and Uganda releases. Highlife & Santuri are proud to be able to help Marvin succeed in his arrangements to get back to SA. By purchasing the Highlife World Series releases digitally, these funds will go directly to Marvin and also back into Santuri East Africa for funding this project further.”

The Highlife crew is also auctioning off an original pressing of South African jazz singer Letta Mbulu’s rare 1983 vinyl record In The Music The Village Never Ends. The auction will take place this Saturday, November 14 (between 14.30 and 15.30), at the Chimurenga pop-up Library of London’s Showroom Gallery.

Donate to DJ Spoko's cause by purchasing the 'Highlife World Series' here.