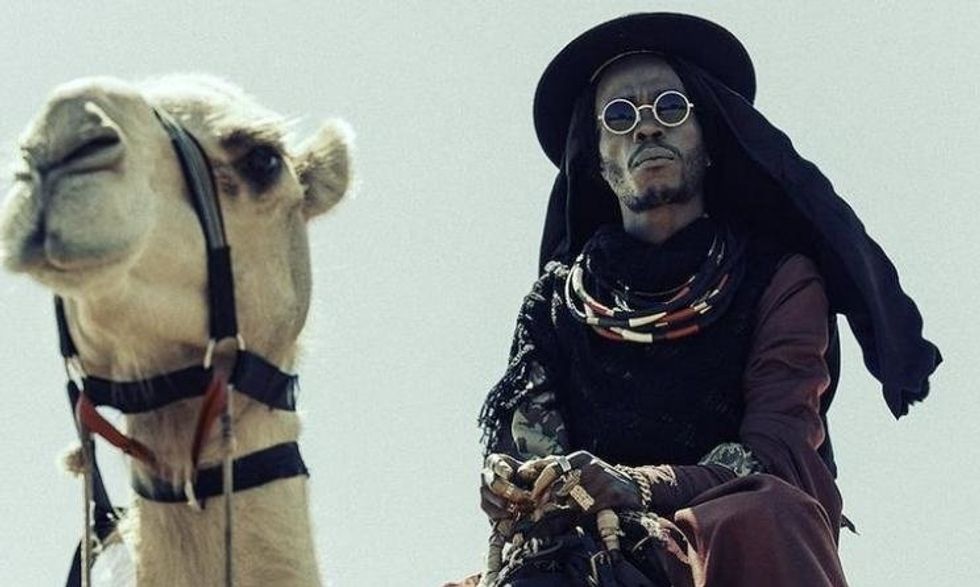 Join a tribute to DJ Spoko this weekend in Johannesburg and purchase a fundraising EP, with all proceeds going towards his three children.

DJ Spokostarted producing on a PC as a teenager in Atteridgeville, a township outside Pretoria where he and his brother had moved to in order to find their father.

In the early 2000s, Spoko traveled to Soweto, where he fine-tuned his engineering skills under shangaan electro mastermind Nozinja. After returning home and setting up his own studio, Spoko helped craft the percussion pattern behind DJ Mujava's massive hit "Township Funk."

From there, he developed his own 'Bacardi House' genre — a kwaito-influenced style that pairs jolting military drums with pitched-up melodies — featured in his impressive Ghost Town (True Panther) and War God (Lit City Trax) releases, as well as in his Fantasma project with Spoek Mathambo.

"Without Spoko, there would be no Gqom," producer Jumping Back Slash commented on Twitter.

More recently, he had launched his own label, Ghetto Boyz Music, releasing his own projects, like the outstanding BACARDIXVILP, as well as signing new talent.

What many people don't know is that Spoko also left behind three children—aged 7, 9 and 14 years—for whom a trust has been set up to cover school fees and educational needs.

There is now an EP out, called Spoko Forever, which you can stream above and purchase on Bandcamp. All profits from the EP will go towards Spoko's three children.

There will also be an event in Johannesburg this weekend, on May 5, in his memory with profits going to his children's trust.

See all details for the event below and pitch in if you can.

Join us in celebrating and paying tribute to the sounds, the spirit and the vision of DJ Spoko. All proceeds* go directly to a trust account benefiting his three children, aged 7, 9 and 14 years. The trust is currently being used for school fees and educational needs for the kids.

All funds due to DJ Spoko are being channeled through this account, which his kids will have access to once of age.

It's important that the legacy of one of the most original voices in global electronic music is maintained not just as an ephemeral influence, but as a tangible benefit to his heirs. Featuring Spoek Mathambo, Jumping Back Slash, RMBO, DJ Danger Ingozi & Phatstoki.

R100 recommended donation on the door.

*100% of door income goes directly to the trust.