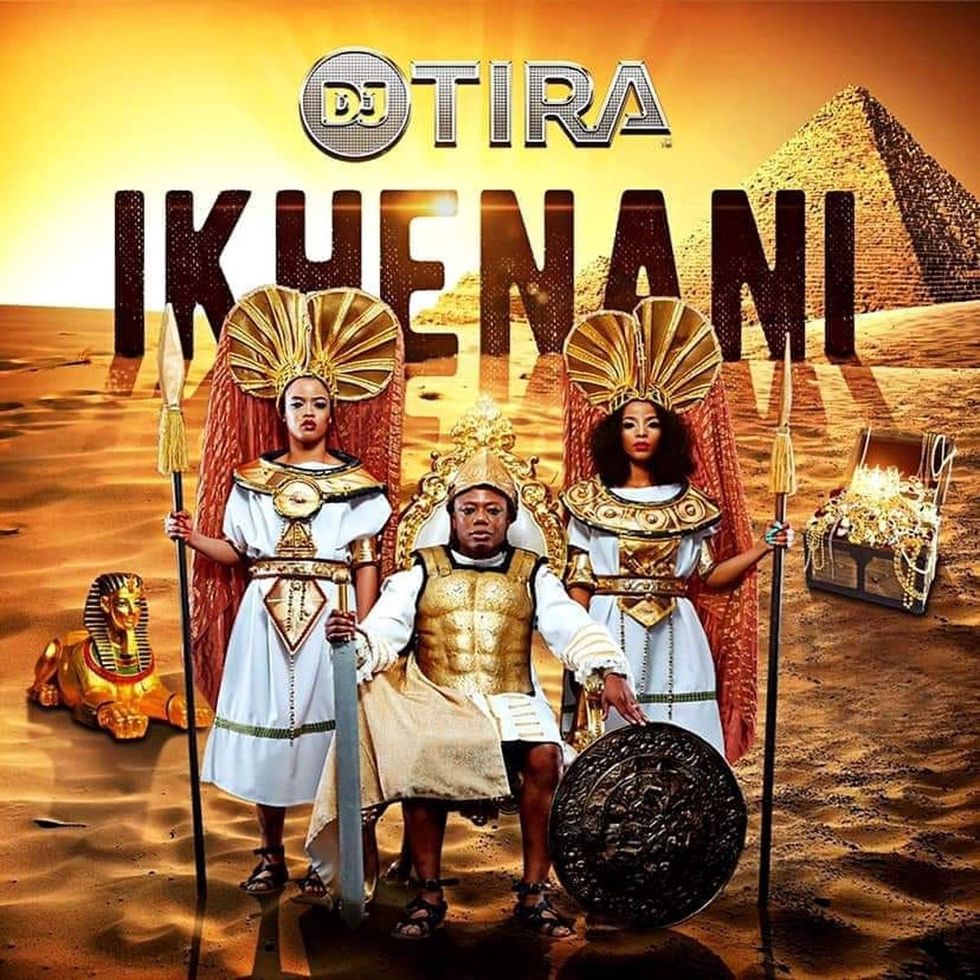 Last week Friday, DJ Tira released a new album (a clear sign that festive season is close by). Ikhenani is packed with 17 songs to which we will make memories in the upcoming summer.

The album title Ikhenani means Canaan. "As you know in the bible, there's Canaan, a place where you'll find gold and silver and all those good things. So, on the album, I'm leading people to a place where they're going to have a good time," DJ Tira says in the album's Apple Music liner notes.

This Promise Land that Tira is leading his listener to is a cocktail of genres that you would never expect to find in an album by one artist—gqom, amapiano, hip-hop, maskandi and gospel all co-exist on the project.

Tira has been at the forefront of South Africa's house scene for what seems like eternity. His journey started in the early 2000s when he was still part of Durban's Finest. The producer, artist and label head has refused to get left behind as time progresses and music naturally does the same.

Ikhenani is dominantly gqom, a subgenre of house DJ Tira adopted when it gained popularity in the country and some parts of the world in the last few years. Tira's latest genre of interest has been hip-hop, which has become one of the most loved genres in the country.

On the song "Uthando," the producer places rappers Kwesta, Beast and Duncan alongside the singer Joocy over a synth and bass-heavy trap beat. Beast is currently signed to Tira's label Afrotainment, while Duncan departed from the label in 2017.

"I'm a jack-of-all-trades and I like to show that in my music," says Tira in the notes. "I think it's nice to do gospel, I love it and work with gospel artists. I tried to put something together that has a gospel flavor (with the song 'Indluzela'), churchgoers also like to dance, so if we're able to put that in our music, let's do that and make sure everyone is happy and enjoys it."

While Ikhenani is not Tira's first album, it's the first one he produced in its entirety. "This is my first studio album where I've produced every single track on the album, so it's very exciting times for me," Tira says.

Ikhenani has a diverse guestlist that includes Skye wanda, Chynamusique, Dladla Mshunqisi, Tipcee, Hlengiwe Mhlaba and others. While it might be jarring for the listener to go from a trap song to an amapiano one, which is followed by a gqom one, and later, gospel, one thing is guaranteed; there are plenty of songs on Ikhenani that deserve a spot on your playlist.