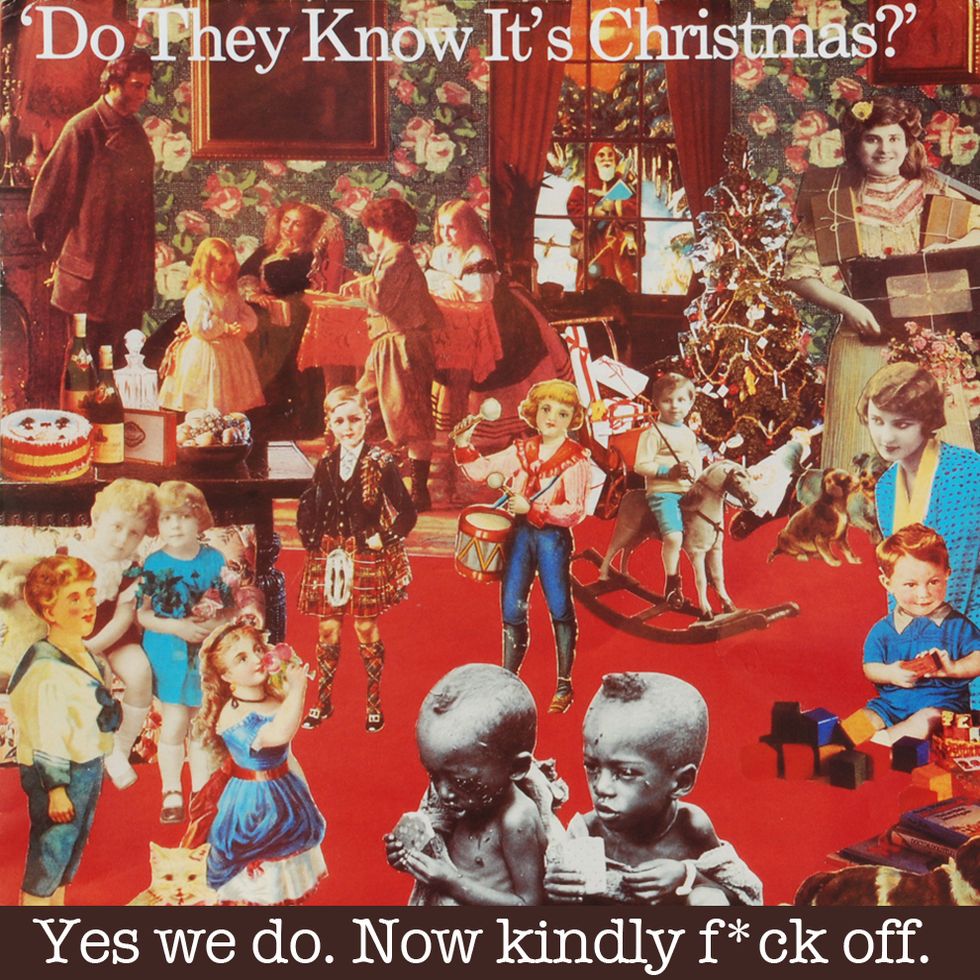 Okayafrica's take on Bob Geldof's Band Aid campaign to end hunger in Ethiopia, 'Do They Know It's Christmas?'

It's that time of the year when the side eye with the longest glance (29 years strong) makes its seasonal return. Ah yes, it was back in '84 that Bob Geldof's well intentioned but incredibly patronizing anthem was released through the Band Aid campaign to raise money on behalf of the famine that raged in Ethiopia from 1983-1985. Inspired by Michael Buerk's BBC report on the famine in Ethiopia, Geldof gathered a who's-who of 80s pop do-gooders including humanitarian aid's own Bono, Sting, Boy George, Paul Simon, and George Michael to London's Sarm West Studios to deftly point out that in Africa (where "nothing ever grows") folks might have no idea it's Christmas (since there's no snow to remind them). Above we offer our take on super-charity-hit "Do They Know It's Christmas," which U 2 can side eye below.