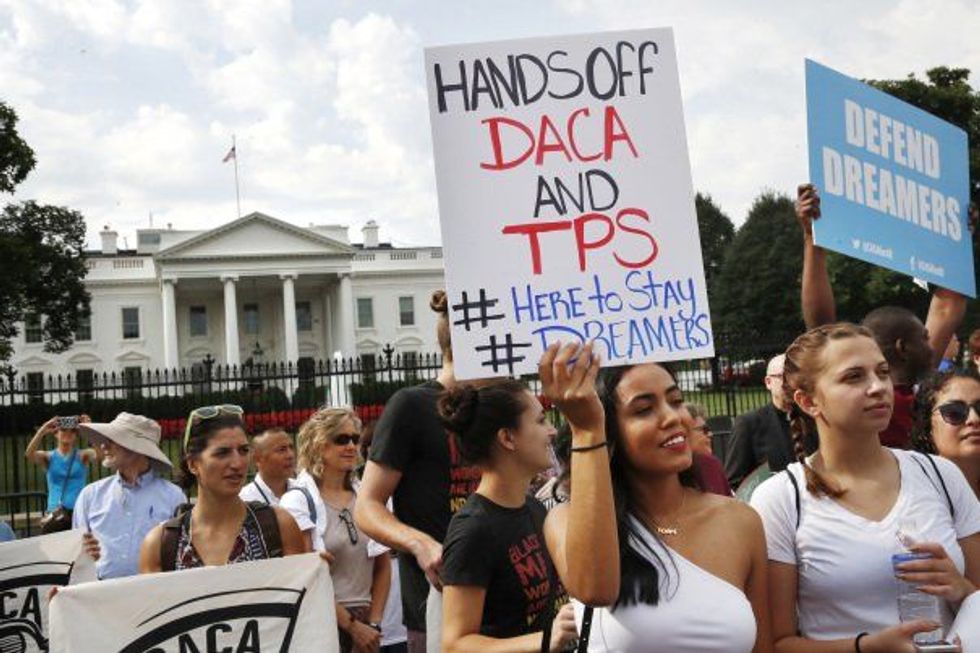 Donald Trump, has moved to end the Deferred Action for Childhood (DACA) policy previously enacted by President Barack Obama to help protect the legal status of undocumented immigrants who came to the United States as children.

Attorney General, Jeff Sessions announced the decision on Tuesday, "I am here today to announce that the program known as DACA that was effectuated under the Obama administration is being rescinded,' he said in a statement. Homeland Security will stop processing application as of today.

The program, established in 2012, helped prevent the deportation of nearly 800,000 immigrants brought to the United States before the age of 16.

Despite widespread opposition to the removal of the act—notably from Democrats and the impacted group known as "Dreamers," many of whom know no other home besides the Untied States—Trump moved along with his plans, pandering to his xenophobic supporters by citing his nativist plans to put the needs of "Americans" first, as the reason for his decision.

"As I've said before, we will resolve the DACA issue with heart and compassion—but through the lawful Democratic process, while at the same time ensuring that any immigration reform we adopt provides enduring benefits for the American citizens we were elected to serve," Trump said. "We must also have heart and compassion for unemployed, struggling and forgotten Americans."

The onus is now being put on Congress to reach a solution before March 5, when DACA benefits are set to expire for recipients.

Protests are now underway in Denver, Washington D.C., Manhattan and elsewhere across the United Sates as Dreamers and supporters speak out against Trump's actions.

UPDATE 9/5/17: The Black Alliance for Just Immigration has released a statement condemning Trump's decision to repeal DACA. “BAJI is appalled by Trump’s decision to rescind DACA. By canceling the program President Trump is yet again pandering to white supremacists over immigrant, Black, and poor communities, as well as millions of organizations, businesses, and allies that support DACA recipients," says Opal Tometi, BAJI’s Executive Director and co-founder of Black Lives Matter Global Network, in a statement. "It is now up to Congress to come up with a long term solution to our broken immigration system that protects human rights and enables immigrant families to live and thrive in the U.S."

“BAJI stands with the millions of young undocumented immigrants whose lives are on the line, including those protected under DACA. Until dignity, justice, and human rights protections can be afforded all oppressed communities in the U.S., we remain undeterred and emboldened in our fight against this administration’s racist and xenophobic policies and tolerance for hate-fueled policies.”

Removing 700,000+ people from the workforce--many of whom have degrees and skills--won't hurt the economy because... um... #DACA

#DREAMers are our nurses, our teachers, our local business owners. They are Americans in every way but on paper. I stand with them & #DACA

even if they take #DACA away I ain't leaving

#DACA These are kids with a 91+% employment rate, advanced educations, military service and have often lived in the USA since first memory