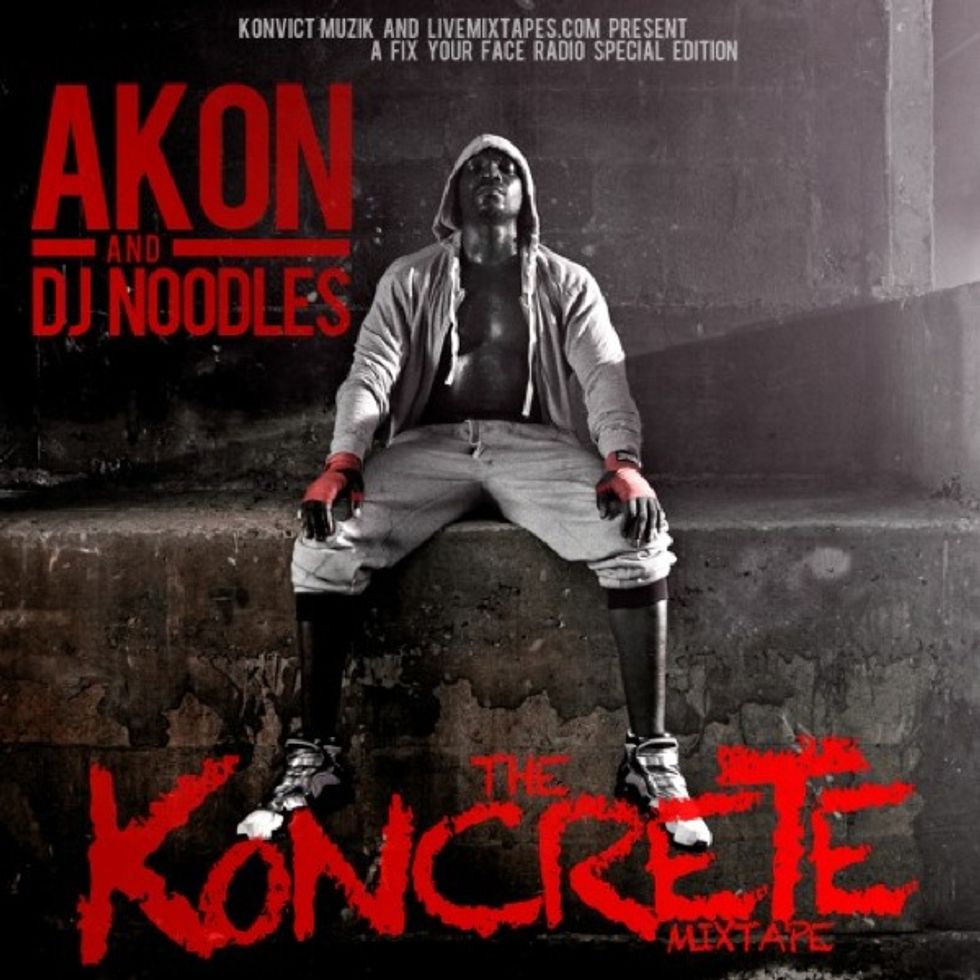 Konvkict Musik head honcho Akon, who remains one of rap's choice chorus slayers, paired up with DJ Noodles to drop his latest The Koncrete Mixtape. The Senegalese crooner enlists an impressive roster of Southern-heavy guest appearances including Usher, Juicy J, Gucci Mane, French Montana, 2 Chainz, and even, Jamaica's own dancehall star Mavado. No word on a release date for Akon's upcoming Stadium LP. Some of these tracks had been floating around for a minute, but you can now stream and download the official versions in The Koncrete below.