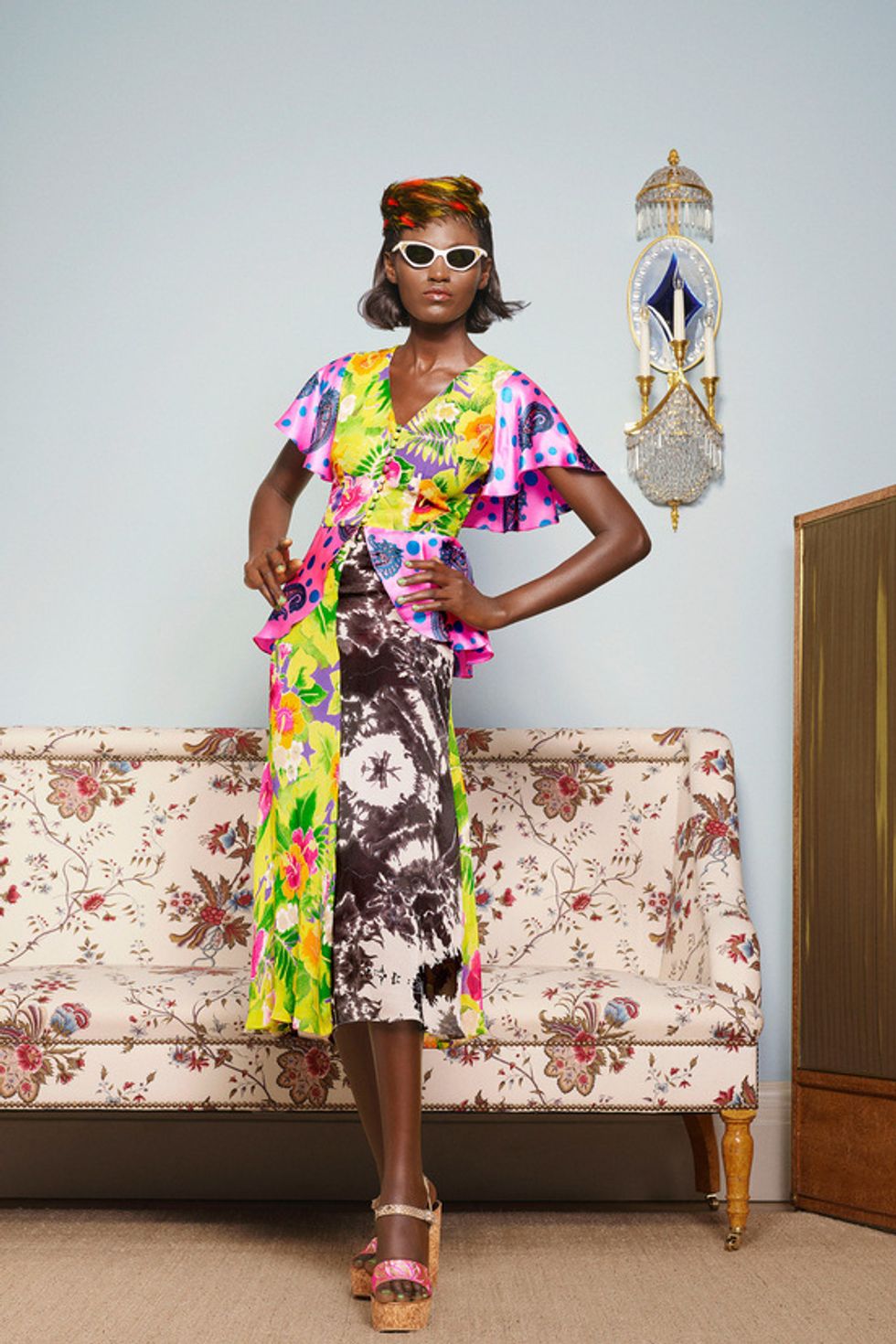 Duro Olowu, the innovative Nigerian designer whose bold technicolor prints have been favorites of ours the last few seasons, has unveiled a new fashion film in support of his recent Spring/Summer 15 collection. Senegalese model Kinee Diouf stars as the face of Olowu's S/S 15 film, and her languid movements in the collection's gowns, A-line skirts, capes and oversized jackets showcase the structural genius and elegance of Olowu's pieces. The Lagos-born designer, who now calls London home, found inspiration for the collection's vivid patterns and flowing silhouettes after a recent trip to the Senegalese island of Saint-Louis, where the appliqued starched brocade used for the garments was made. Japanese film noir, 1940's pinups and the cover artwork for The Pointer Sisters eponymous debut album also acted as reference points for Olowu as he constructed the collection's retro looks. Watch the film, directed by Portuguese fashion photographer Luis Monteiro, below. For more from Duro Olowu, see photos from his explosive Fall/Winter 14 and Spring/Summer 14 shows at London Fashion Week.