The Godfather of Nubian Soul 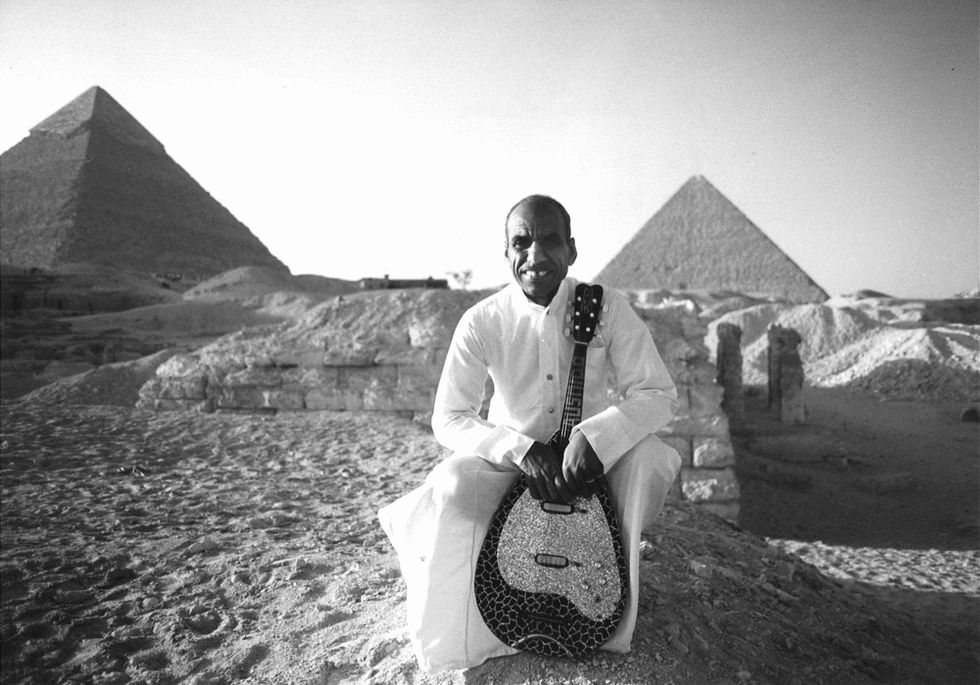 Listen to the reissue of Ali Hassan Kuban's 1988 album From Nubia to Cairo.

Ali Hassan Kuban made his name across Egypt, the Arab world and Europe in the 1980s, his music becoming so popular it earned him the moniker, the Godfather of Nubian Soul.

The self-taught musician's career started when he moved from the Upper Egypt to Cairo, "mastered the pentatonic roots repertoire of black Egypt and became one of the most popular wedding musicians up and down the Nile," the label Piranha Records writes.

1988's From Nubia to Cairo, which was originally passed around on two cassettes, is considered one of the first milestones of urban Nubian pop. The seven songs on the album showcase Ali Hassan Kuban's blend of ancient Nubian melodies with more Western influences like jazz and American pop.

"The great Tom Robbins once said 'We forgot how proud and fancy and influential the Nubians were, they played Professor Longhair and Big Mama Thornton to Egypt's Elvis,'" Piranha Records' director Christoph Borkowsky tells OkayAfrica. "Listen to Ali Hassan Kuban's original Cairo recordings from the eighties and know it's all true. What is the world but one great big Nubian wedding!"

Listen to From Nubia to Cairo in its entirety below and purchase the release out November 16.