E.L. Crowns Himself The 'Best African Rapper' On His New Mixtape 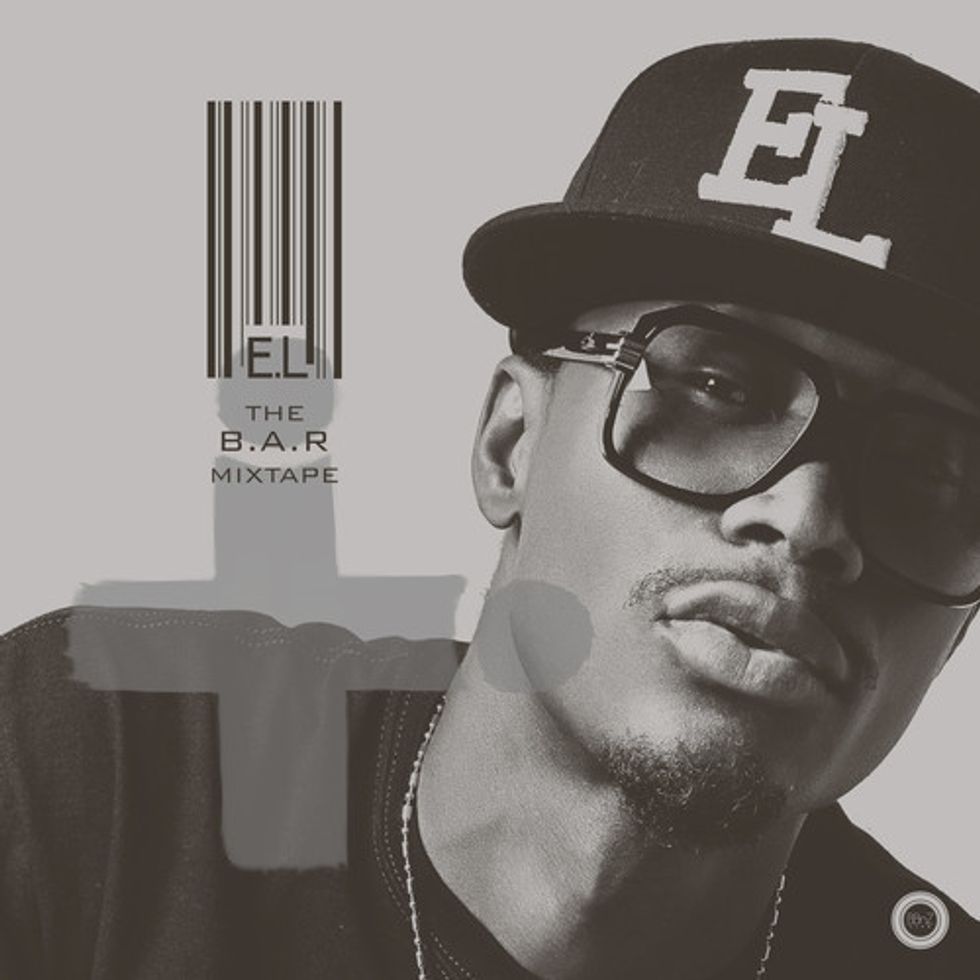 Over the weekend Ghanaian rapper E.L. released his new project ambitiously titled The B.A.R. "Best African Rapper" mixtape via soundcloud. “My momma raised the B.A.R. the best African rapper yep my momma raised the bar when she had me,” proclaims E.L. on the tape's opener. He plays with the clever acronym throughout his latest offering, even referring to himself as the “Bar Man.” In this post-azonto era, the GH music scene is still searching for an authentic sound– and E.L., along with a few others he refers to on the mixtape, are showing that the Ghanaian audience is ready for some GH hip-hop and lyricism, or “puns, punchlines and metaphors,” as he puts it. With guest slots from a host of rappers, including Dex Kwasi, M.anifest and Sarkodie, the mixtape has thus far been well received by Ghanaians on social media.

On B.A.R. E.L. flexes his hip-hop knowledge and experiments with a spectrum of movements in rap music, yet with a little Ghana-boy twist– though it does still make us wonder "what is the GH Rap sound?" The title track, which also serves as the opening number, sets the tone for the mixtape with a chorus that recalls a grittier version of Nas' more playful "Made You Look." Whereas a scratch chorus on "Bar Man" draws inspiration from 90s hip-hop, "Spoil Der" looks to the current "turn-up" trap sound. The mixtape isn't without its weaknesses though. One such low on the tape is a "Locally Acquired Foreign Accent" (LAFA) fueled rant about how they “gon’ come for it all” on the outro of "Bar Man." Additionally, though E.L. may claim to have "never spitted a phony bar" in his life, some of the guest verses on his latest effort don't quite match that standard.

Nevertheless, B.A.R. is proof that E.L. has asserted himself once more. As a producer in his own right, his beat selection remains on point. With a team of BBnZ producers on hand, including Slimbo and MikeMillzOnEm, the beats bang hard as the sound varies from rock-inspired riffs, scratch choruses, piano riffs and hard-hitting drums. “Work,” “Boorle,” “My Guy,” “Over” are all highlights. Though perhaps the most noteworthy moment comes from "American Passport," in which E.L. undoubtedly lays out his loyalties, speaking his mind on how in spite of his love for Ghana he “feigns for American things” and has a desire to be “yankee-fied.” This is of course a very real subject matter in GH that some listeners could easily relate to. If his accent and use of foreign slang had any new listeners confused about his origin, "American Passport" leaves no doubts.

With a second studio album on the horizon, E.L. is already developing a diversified catalogue– it was, after all, only a few months back that he released crowdpleaser Songs For Girls 2: The Crazy Love Mixtape on Valentine’s Day. Only time can tell whether the "Best African Rapper" claim was a prophetic declaration or just another instance of hip-hop braggadocio. What is certain, however, is the fact that E.L. is in a lane of his own.