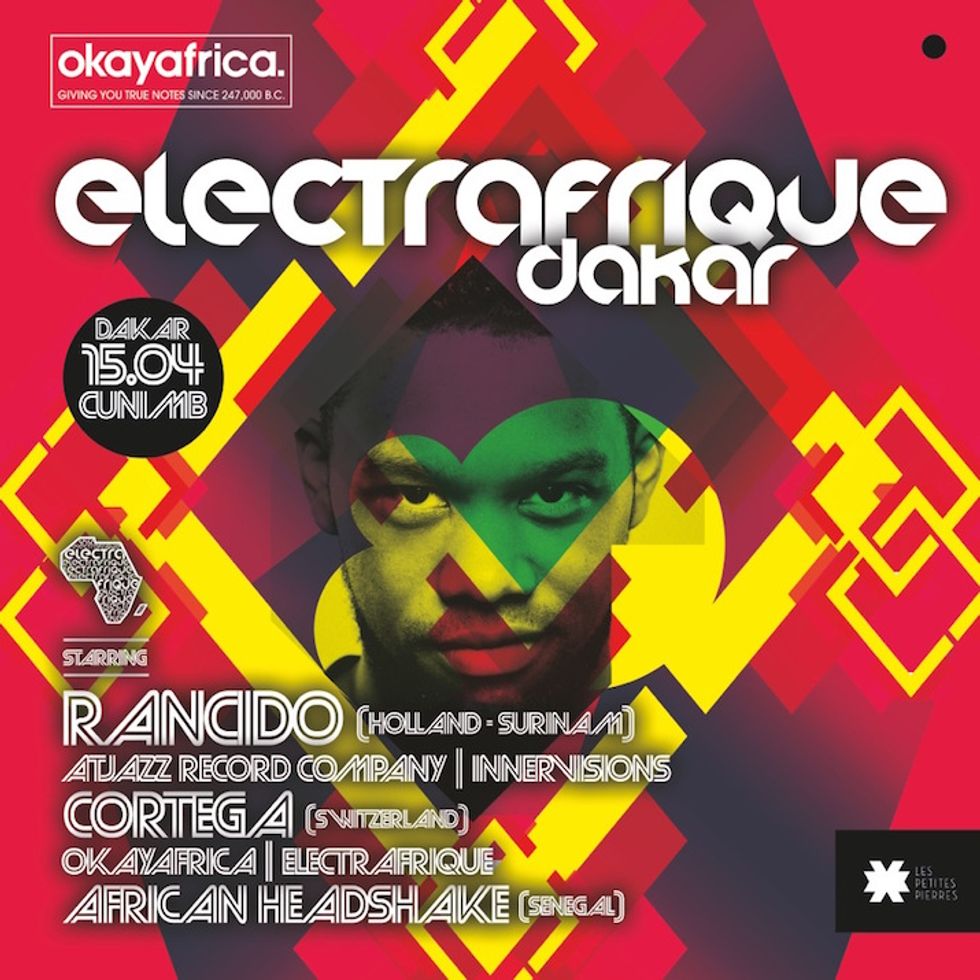 We touch down in Senegal on April 15 for a new edition of Electrafrique with Rancido, DJ Cortega & African Headshake.

Okayafrica is touching down in Senegal and joining forces again with Les Petites Pierres and Sisi La Famille to host a new edition of Electrafrique on April 15.

If you’ll be there, make sure to Instagram your Electrafrique Dakar party pictures tagging @Okayafrica. The best photo of the night will win an Okayafrica Logo T-shirt in the size & color of their choice.

Check out all of the additional info over at the event's Facebook page and get acquainted with the sounds of Rancido from his Erykah Badu remix below.