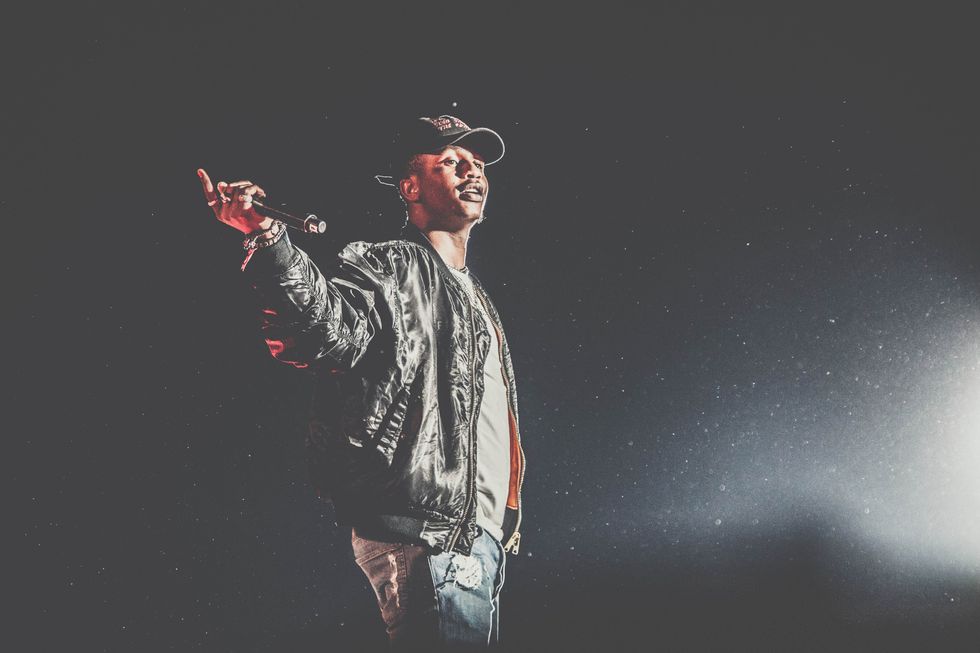 Emtee says he has parted ways with the label he's been signed to since 2015, Ambitiouz Entertainment. The South African rapper announced this on a statement he shared on Twitter today.

"Following a long and in-depth reflection on my career as an artist, where I am now and where I see myself in the next few years, I have made a decision that the time has come for me to now part ways with Ambitiouz Entertainment," read part of the statement.

The artist added that he got legal help in getting out of his contract with the label:

"This is a decision I did not make lightly and without due consideration. As a matter of fact, once the idea took root in my mind, my first reaction was to seek legal advice on my contractual obligations to the label if at all and secondly, the steps that needed to be taken to do this, in the most swift and amicable way possible."

You can read the full statement below:

Earlier this year, Emtee expressed his unhappiness with the label. He shared with his Twitter followers that he didn't have a tour for his 2018 release DIY 2 because the label didn't make it happen.

Read: Gigi Lamayne Gets Real About Her Deals With Mabala Noise and Ambitiouz Entertainment

Ambitiouz Entertainment has built a not-so-great reputation for itself after several artists left in bad terms. The rapper Gigi Lamayne shared her story earlier this year, expressing lack of artistic freedom and financial irregularities.

The rapper Priddy Ugly also left the label less than a year of signing after he felt they didn't deliver on their promises to him. The singer Amanda Black sued the label for R1 million for breach of contractual terms. The rapper A-Reece was the first to jump sheep in 2016. He released a song titled "Loyal," stating his reason for leaving, which included not having signed a contract and artists not being handed their own awards. The rapper Fifi Cooper was taken to court by Ambitiouz when she left. Even the EFF had to step in to assist the young emcee.

Emtee was one of the first artists to be signed under Ambitiouz after Fifi Cooper, and as much as his stint with the label wasn't without lows, it introduced the country to one of the most talented hip-hop artists of this era and all time. The last song Emtee released under the label was "Prayer," which came out last month.

Emtee's ATM cadres Sjava and Saudi haven't said anything about leaving the Ambitiouz, but this is clearly the beginning of the end.