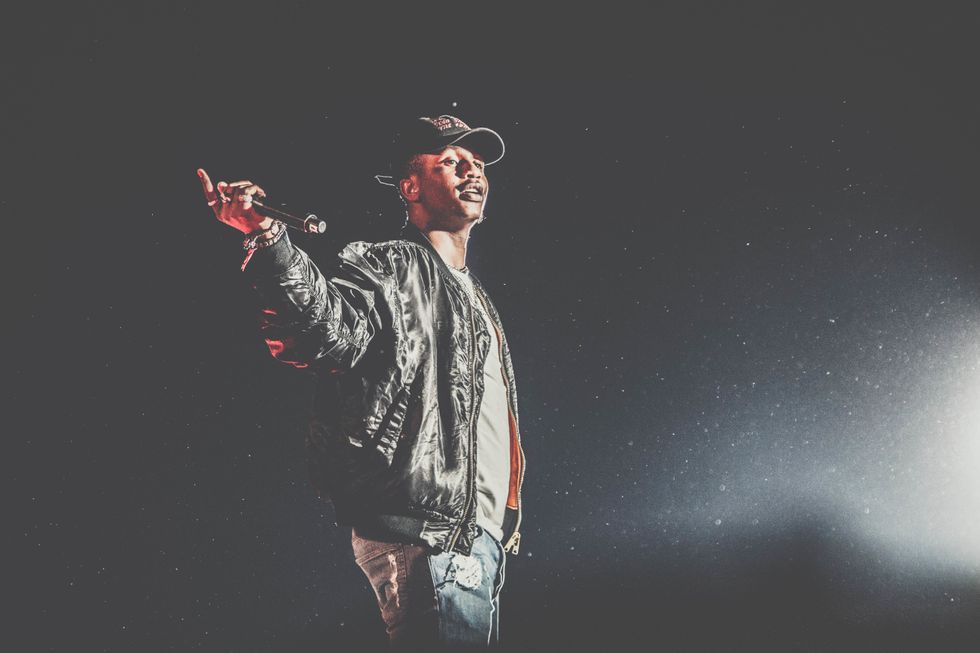 South African rapper, singer and businessman, Emtee tweeted this morning that he's a sober man. He went on to admit that he used to make his music "high AF." This is, of course, not a surprise, he did rap, "You'll never catch a nigga sober," on his breakout single, 2015's "Roll Up." And he has never made it a secret that he sips on lean.

In the series of tweets, Emtee says he took some time off and went to Bloemfontein, and that he doesn't drink alcohol. This follows an incident, which saw the artist making headlines and trending on social media for falling on stage while performing.

I'm now sober from ALL Narcotics. I don't drink alcohol and I'm greaful for all my supporters. I'm back
— ThankYou (@EmteeSA) August 1, 2018

Thank you Bloem for taking good care of me in the past month. Had to get away
— ThankYou (@EmteeSA) August 1, 2018

He looked lethargic, sometimes going for several seconds without uttering a word, mic in hand. He looked like he was under the influence of a certain substance. He eventually fell. The video went viral and many artists and fans expressed their pity and disgust at the incident.

Cassper Nyovest tweeted that Emtee and other artists need to "drop the drugs" as "We got families to feed."

We are glad Emtee has cleaned up, and we are looking forward to his EP DIY 2 is due for a September release. The project is a sequel to Emtee's seminal EP, DIY—a cult classic which laid the foundation for Emtee and his ATM conglomerate.