Jackie Queens on The Erasure of Women Artists in Dance Music 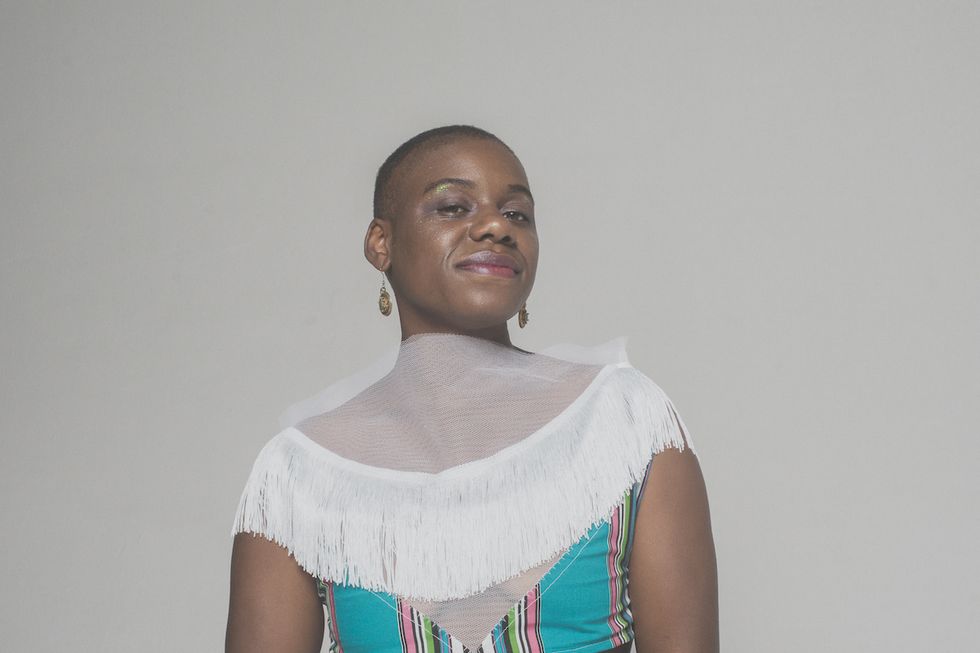 The Zimbabwean-born singer calls-out the industry for systematically hiding the contributions of women artists.

Last month when the nominees for the inaugural Dance Music Awards South Africa were revealed, it was time to celebrate for both fans and artists.

But for Cape Town-based Zimbabwean-born house musician Jackie Queens, celebrating her nomination was accompanied by a disappointment—when mentioning the track "1000 Memories," a nominee for Best House Record of the Year, the awards omitted the name of the track's vocalist, Sio, choosing instead to only mention the track's producer, Julian Gomes.

In another tweet, Jackie Queens mentioned that leaving out Sio's name might look like a minor error, but it's part of a bigger problem, and one that's been around for years in dance music—the erasure of women in the genre.

"Not only are women's contributions excluded from the narrative of house music, we continue to be locked out financially through marginalization in the dance music economy," she wrote in an Op-Ed on the South African music website Platform last week. "A cursory look at any of the upcoming music festivals, or a weekend's worth of gig posters will reveal a dismal showing of women as headline or supporting acts. Internationally, women account for only 10% of festival and club bookings."

In an interview we had with Jackie Queens, she reveals the problem manifests itself in many ways. "The absence of women from festivals, shows I go to, the media and on award lists. Just. Absence," she says via email. "Granted not many vocalists strictly sing house music, and South Africans have a deep adoration for those of us who do. At the same time this adoration coexists within an environment that very subtly excludes us from the hallmarks of the house music narrative because we are 'featured' artists."

Jackie Queens feels this undermines the contribution of dance music vocalists in the genre, because, unlike in other genres, their contribution goes beyond just a hook or a verse.

"A house music 'feature' often carries a lot of creative responsibility," she says. "Typically vocalists, for example, sing and write their parts but this work is undervalued by virtue of it not being 'their song' as it were."

Last week, Jackie Queens performed at Oppikoppi Festival, she decribed RedBull.com, as "wild." She went on to add that she was disappointed by the lack of women musicians on the line-up. "I wish there were more women on the bill," she said. "161 artists, I counted. 16 bands with women in them, four women DJs, six solo artists, two bands led by women. If you think about it, that's like 17% of the total which is ridiculous. My friend was saying to me yesterday that I'm always complaining and I'm like, 'fuck, man, of course I'm going to complain.' It's something that I've noticed a lot about festivals. It's not the first time."

Another area Jackie Queens feels the erasure occurs is visually. For instance, when a song's artwork features a woman who looks nothing like the vocalist on the song.

She cites the case of a song called "High in your Love" by Enoo Napa, featuring the vocalist Zipho. The song's artwork featured another woman instead of Zipho. "She objected to this fact," says Jackie. "Enoo Napa called me about it and he couldn't understand why she would object. I feel if you're going to use a photo of a woman, use one of the vocalist. There's a very real problem in the way images are used to erase us especially in cases where the likeness is completely different."

Jackie Queens feels there's a specific type of woman preferred on house music visuals. "There's an over reliance on a western aesthetic, and lately an African queen trope," she says. "A few months ago I had to ask a producer to change the artwork for a release. He was going to put an illustrated image of a western looking woman on it. Firstly, I'm black, almost bald, with a wide flat nose. Secondly, the song was a metaphor for living in the world while black. I wasn't having it."

It's also small things like when a radio DJ announces a song by a DJ, they will mention only the DJ and neglect the featured vocalist's name. "If you go to the Top 40 page on their website it's the same," says Jackie Queens. "And people do this all the time, unless there's an "&," whoever comes after the first name in the title is considered a footnote. Even when producers win awards for these songs there are many times when vocalists aren't acknowledged."

In August, renowned singer Nothende revealed she wasn't paid for her contribution to the 2010 hit single "I Wanna Love You," on which she was featured by popular house DJ and producer Lulo Café. "Six years later and I still don't understand why the people from Soul Candi (and affiliated parties) have not paid me a single cent. for the international sale of 'I Wanna Love You,'" she said on a Facebook post. "Not a single cent. But the song is on so many compilations across the globe, for sale. That means somebody is making money from all those international remixes."

Jackie Queens feels Nothende's case is part of the erasure crisis. "In the sense that any attempts to shed light on any of these issues are met with a deathly silence," she says. "As a result, women musicians self-censor so it's assumed the problem doesn't exist or isn't as rampant. In that way the silence perpetuates the exploitation of musicians as in Nothende's case. The silence also allows for history to go unchallenged. We wax lyrical about Godfathers of house but little is said about the women who have been integral to the growth of the movement be they musicians, PR people, booking agents, DJs or managers."

Another way Jackie Queens feels DJs let women musicians down is when DJs don't invite them for performances. "It's very sad," she says. "Artists make most of their income from live performances so the returns diminish for a vocalist who is not performing. When you think of the compounding effect over time, it's a problem."

Jackie Queens goes on to mention that this erasure isn't just unique to South Africa, and that it has led to her not knowing for years the vocalists behind her favorite house music songs.

To counter this and hope to eradicate it, at least in her small corner, she made sure she put the vocalists' names first before the producers on her compilation EP Women of House released in August (also check out the Tumblr page she curated). "I didn't use the "&" deliberately this time, and I will continue the project annually in the same vein because for most people that vocalist featuring producer is jarring. Sio and Zipho, who are on the EP, are two of the most sought after vocalists right now. The fact that Zipho featured, i.e. sung and wrote, on a song that's spent weeks in the Traxsource Afro House Top 10 has gone unnoticed. Even by Traxsource themselves. It reached number 1. And if you know how much value people place on those charts you'll know it's a big deal. She even reached the top 5 of the all genre downloads. Someone like Sio who writes so beautifully, imagine 20 years from now, no one remembers her because she sang on so-and-so's song."

But she is fully aware that this problem doesn't exist in isolation. "The music industry is a microcosm of the world itself," she says. "So when we think about change, we really have to think about changing entire structures and ways of thinking as opposed to a band aid approach of adding more women to bills or leadership positions."