Espacio Dios is No Rapper 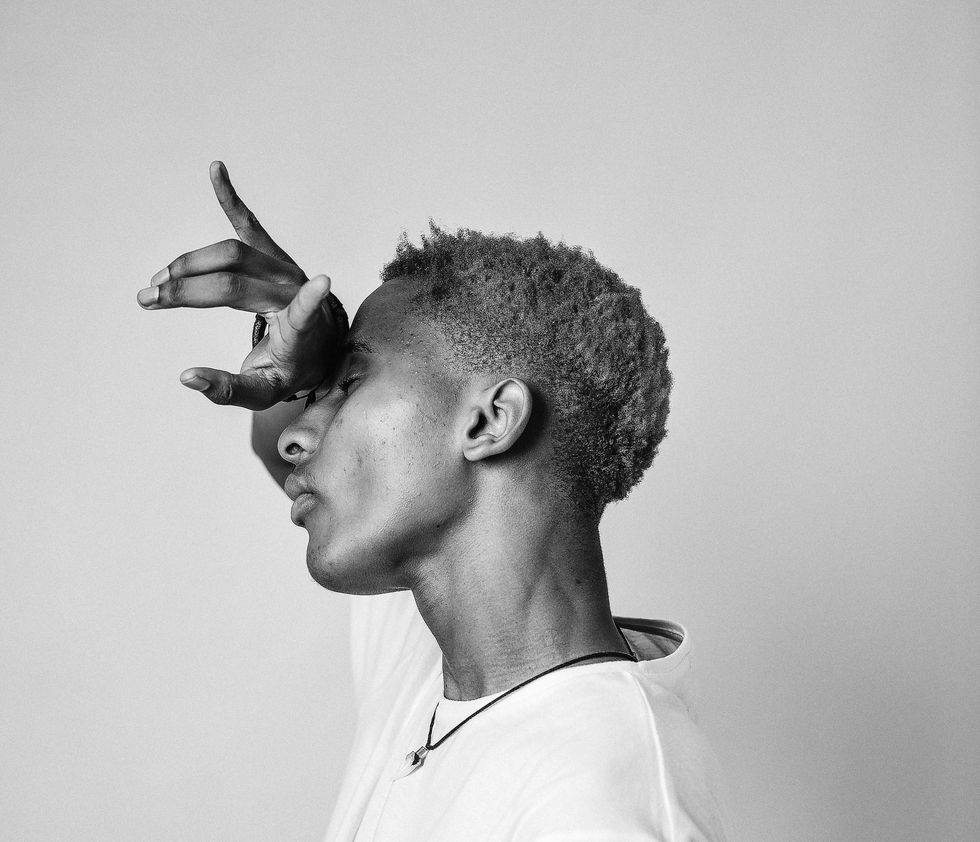 Espacio Dios is an 18-year-old South African artist from Mafikeng in the North West province. His vocals creep through airy pads and fat basslines drenched in reverb. The result is a genre of music that not even the artist himself is able to define.

He released his first EP, Backseat Galaxy, earlier this year. The response, he says, was overwhelming.

Espacio was a runner-up for South Africa’s only print hip-hop magazine Hype’s Freshman edition. In June, we listed him as one of the 25 South African rappers under 25 killing the game, as he can lay down some dope 16s when he feels like it.

It’s been a great year for the artist. And now he’s back with another single. “AYABA,” which we premiere here today, consists of layered vocals sung effortlessly over another selection of the aforementioned pads.

In the Q&A below, Espacio reveals the song is part of a mysterious unreleased project, tells us about how much he looks up to Cassper Nyovest, how he has managed to score thousands of SoundCloud plays and more.

How was the response to Backseat Galaxy?

The response to Backseat Galaxy was extremely overwhelming. On the day of release it was number one on the alternative charts, and was number four across all genres on the iTunes charts. It also topped the Google Play charts. I didn't expect so much love from an independent project. I'm glad I could make people all over the world happy with my own sound.

Please tell us about the song “AYABA.”

“AYABA” is an old song that I wrote and produced while I was still with my ex. The basic concept of this song is me loving my ex even when she's not around or with someone else. It also speaks of us finding our way to each other's arms once again. “AYABA” means “queen” in Yoruba.

Photo by Anthony Bila 'The Expressionist'

Your SoundCloud plays are impressive. How have you managed to spread your music online when a lot of up-and-coming artists struggle?

My manager and best friend Zidaan Gutta and I are constantly pushing and marketing the music in various forms. From social media to merchandising. It's difficult being an independent artist, but hey, good music always finds its way to the listeners.

You sing more than you rap. Even when you rap, it's still song-singy. Do you consider yourself a rapper?

I hate being called a rapper because I am definitely not a rapper. I am a musician. Musicians do whatever they feel like doing when they're on the mic or creating an instrumental.

What do you categorize your music as?

My music is a new genre. I never focus on any genre when I'm making a tune. I just let my vibe and the energies around guide me.

Your province has produced a lot of stars. Which of the artists from Maf-Town have a trajectory that you would say you'd like to follow?

In terms of growth and visibility Cassper Nyovest is one guy I look up to. He's like Steve Jobs to me. His strategy towards attacking the music industry is genius. No one tops him with strategy in SA.

Yes, “AYABA” is part of a project that no one has heard, including my own team. I can't tell you a lot about the project but I can tell you that it's an 18-track project with loads of uplifting songs for my depressed friends. I care about kids that don't see how beautiful life is because of distractions that were placed on this tranquil planet. Something you can expect within the next two years.