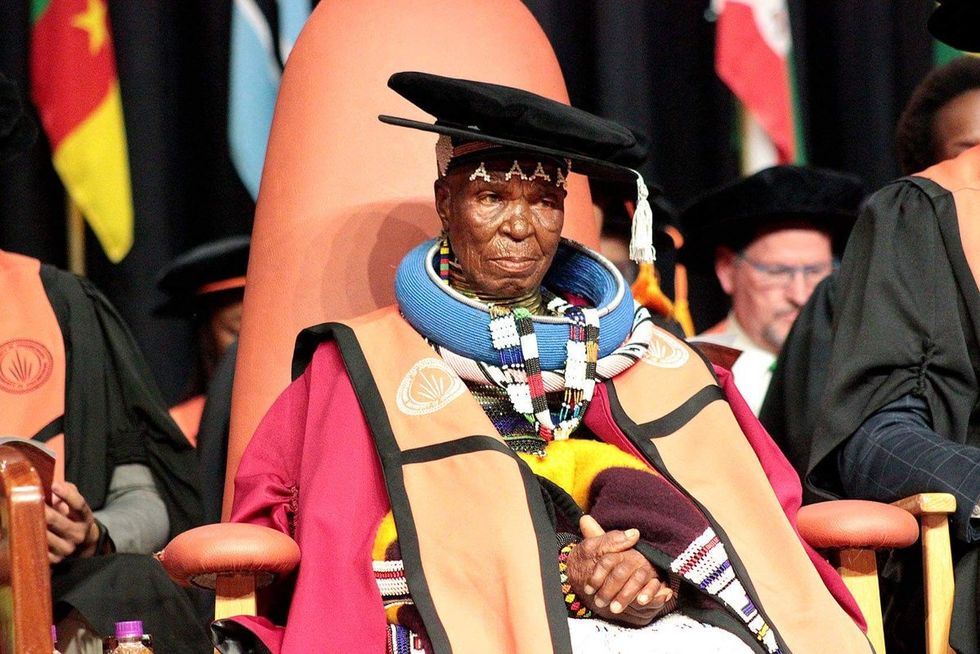 "We may now call her Dr. Esther Mahlangu."

The legendary artist, who is known for her colorful graphics, received an honorary doctoral degree at the University of Johannesburg on Monday night.

"We recognize Esther Mahlangu for her legacy as a cultural entrepreneur, skillfully negotiating local and global worlds, and as an educator," said Professor Federico Freschi, the executive dean of the Faculty of Art, Design and Architecture (FADA) at the university.

Mahlangu, 83, carved her own lane in the arts industry by referencing her Ndebele culture in her graphics. Her work is celebrated by South Africans and the world alike.

One of her most celebrated international accolades is the creation of the BMW Art Car, first in 1991 and again in 2017, which made her the first woman and African to ever embellish the car. She was commissioned by the automobile giant to create artwork on the BMW 525i and the 7 Series.

Below are some tweets from Mahlangu's graduation and reactions from her fans.

As a traditionalist you have made us proud Dr Mamma Esther, by allowing the world to witness Ndebele cultural expression and ensuring the survival of Ndebele arts you continue teaching many youngsters. Congratulations on your Honorary Doctorate! #UJEstherMahlangu@mediauj
— University of JHB (@go2uj) 9 April 2018

Thanks to #UJ for valorizing indigenous knowledge by honouring #EstherMahlangu with an honorary doctorate. No one deserves the honor more than the 81yr-old, masterful painter of iSindebele art. pic.twitter.com/6Fwpo8NVlo
— ProfTinyiko Maluleke (@ProfTinyiko) 9 April 2018

After tonight Mama Esther Mahlangu will be Dr Mahlangu. The University of Johannesburg will confer an honorary doctorate degree to one of the most creative, innovative, inspirational and timeless souls of our time.