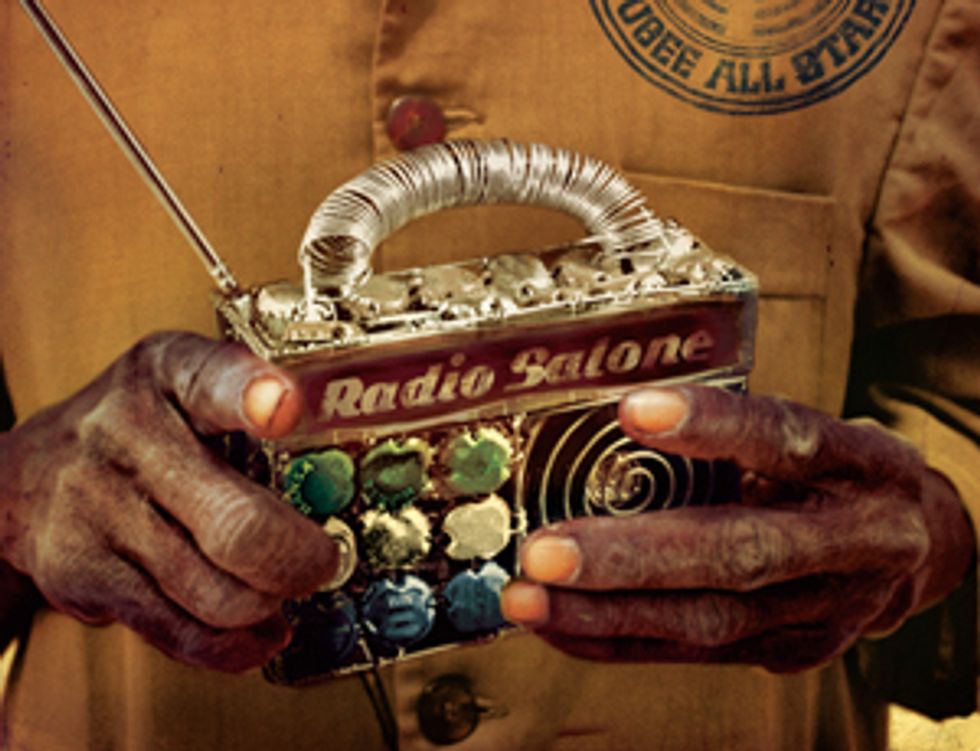 The story of Sierra Leone's Refugee All-Stars has been oft told through the global dispersal of their music, as well as in a 2005 documentary chronicling the group's formation during their time at a Guinean refugee camp. At the nucleus of the All-Stars is a gang of musicians that, in seeking a form escapism and entertainment for their fellow refugees, found a way to relate their nation's civil war to the world.

On their third album Radio Salone, the Refugee All-Stars expand on their eclectic mix of West African sounds. Speaking with the Boston Globe, bandleader Reuben Koroma explained the new full-lenght's concept through its title:

“Radio was a great inspiration to our experience,” Koroma says. “Since we were kids, we listened to soukous, highlife, funk, and soul on the radio. So when we were making the record we wanted it to feel like this variety.”

The second part of the title, “Salone,” is the local contracted form of the country’s name. Koroma says the album portrays Sierra Leone and the hybrid culture it has had for over 200 years. In the late 18th and 19th centuries Freetown was a destination — giving the city its name — for repatriated slaves and others liberated from slavers intercepted on the high seas. They came from all over Africa, but became Sierra Leonean. (Boston Globe)

As an Okayafrica exclusive, we've been given five tracks off Radio Salone to give away. For a limit of 3 days, you can download "Mother In Law," Gbara Case," "Man Mayu," Big Fat Dog," and "Work It Brighter" below! As an added bonus, if you buyRadio Salonein digital/hard copy from the Cumbancha store you'll receive a free digital/hard copy of 2010's chart-topping Rise & Shine LP!

Buy Radio Salone and grab the free tunes below!