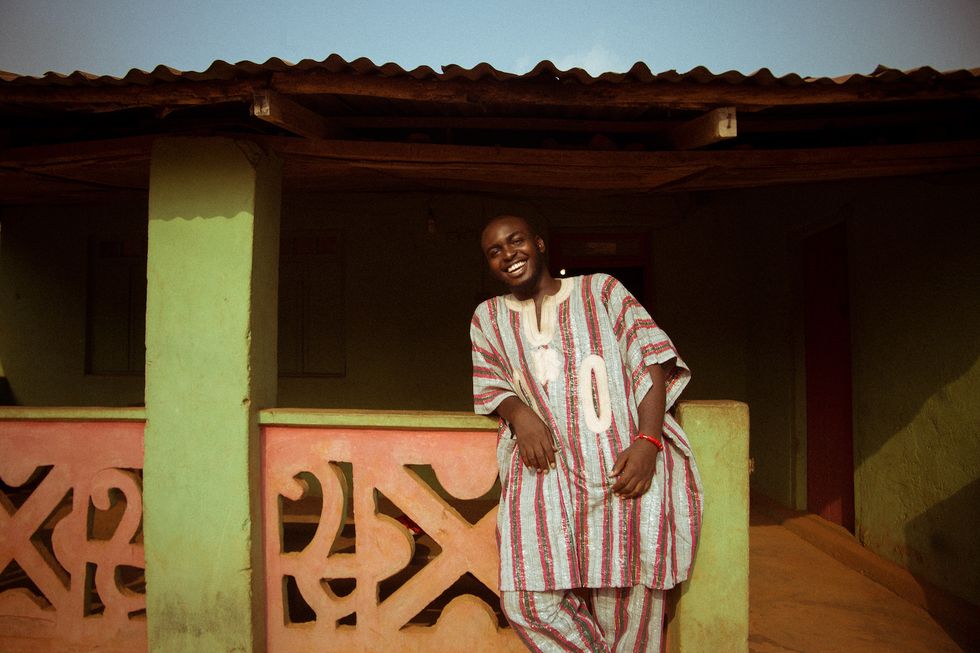 Famous Bobson has shared the stage with Davido and dropped consistent bangers. 2018 could be his year.

Bobson Iyovwaye also known as Famous Bobson is one of the fresh faces looking to break out in the Nigerian afrobeats game in 2018.

After garnering a lot of buzz with "Only You" last year, the 21-year-old singer has been picking up speed lately with successful tours both in Nigeria and the United Kingdom. A few weeks ago he was killing it on stage in Birmingham as an opening act for Davido at his 30 Billion World Tour concert.

His latest single "Iyawo" has all the elements of a traditional love song and its accompanying music video which was directed by David Anthony, truly captures the spirit of the song. With a new single and a big concert in Toronto coming up in May, this might just be the year when everyone gets to know who Famous Bobson is.

We caught up with the rising star to discuss his journey so far, his latest single and what we should expect from him in the future. Read our conversation below.

Who is Famous Bobson and how did you get started making music?

I would say I'm a rising star who is ready to ready to take on the world. I started making music in 2013 but my career started properly in 2016 with my single titled "Vibe with Me" featuring Ozone and I have gone from releasing music on social media to doing tours. Every move I make is a step to grow my audience and fan base.

How was it like opening for Davido at his 30 Billion World Tour Concert in Birmingham?

This was a very different experience for me and a great one too because it was an opportunity for me to show them that I'm hot stuff [laughs]. It also meant a lot to me opening for Davido because I have been a big fan since he started and I have gone from just supporting his music to sharing the same stage with him in the same city I had my headline concert in a few months back.

How would you describe your sound and who would you cite as some of your biggest musical influences?

I would describe my sound as Afro Pop. Over the years some of biggest music influences have been Kool and the Gang, Snoop Dogg , Lil Wayne & Beyoncé. But presently Davido and Mr Eazi are two people I look up to and I have learnt a lot from just watching their journey and how they handled certain situations.

How do you feel about coming up at a time when afrobeats is getting worldwide recognition and popularity?

I am really happy about this because everything that used to look or be so far away from us is closer to us now and we putting out music and it's now on an international level. Social media has also has made the music more accessible. The afrobeats sound is pure and fresh and I'm not surprised that the world is grooving to it. It's about time.

Compared to your previous bangers, "Iyawo" has a more traditional sound. What made you want to go in that direction this time?

I was working on an EP last year and "Iyawo" was one of the songs we made for the project. I wanted to do a wedding or Owambe-themed song so Remy Baggins co-wrote and produced the song with me. From the response I was getting I knew this was a song I had to take my time with.

I was going to put out "Iyawo" before "Only You" but somehow God wanted me to take my time with it. It's a really special song. For the video I got my friends to travel with me to a village not so far from Lagos to show another side of myself. I would say I'm a lover boy but this time I get to be a lover boy in the village.

What should we look forward to from you this year?

More music. I got this collaboration coming up and I'm really excited because it came in at the perfect time. More Tours coming up, for now I have Toronto, Canada for May 2018. Towards the end of the year I should be dropping my first body of work.