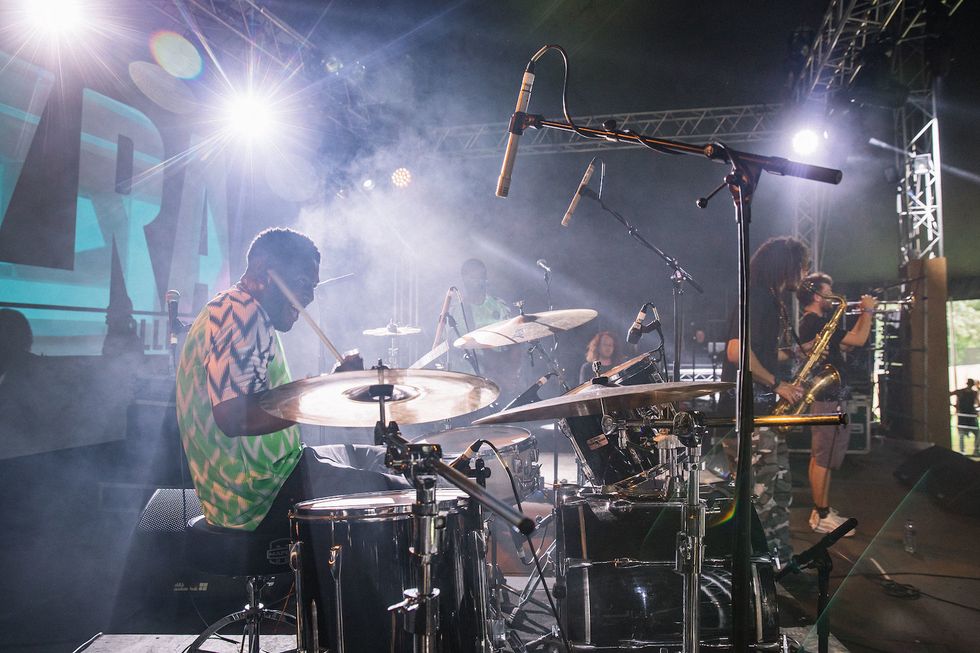 Ezra Collective recently played a special gig as they took on the king of afrobeat's catalog.

Ezra Collectiveare one of the bright lights coming out of London's flourishing new jazz scene.

The 5-piece outfit—which is made up of drummer Femi Koleoso, bassist TJ Koleoso, keyboardist Joe Armon Jones, trumpet player Dylan Jones, and James Mollison on saxophone—regularly cull from their afrobeat, hip-hop, and reggae influences to create something completely unique.

The group recently played a special gig as part of the Church of Sound series in which their afrobeat influences really showed as they took on the catalog of Fela Kuti.

Covering Fela is no easy task, and the band enlisted an additional crew of musicians & friends to help them deliver they're own energetic takes on the king of afrobeat's compositions.

"Since meeting 6 years ago, as friends, before dreams of writing our own music, what united us musically was our Iove for Fela Kuti. This was the tribute show that was always meant to happen," mentions drummer Femi Koleoso.

Watch a video from the concert below, captured by Three Shades, and catch the group on their upcoming European tour dates in July and August which you can check out in full here.