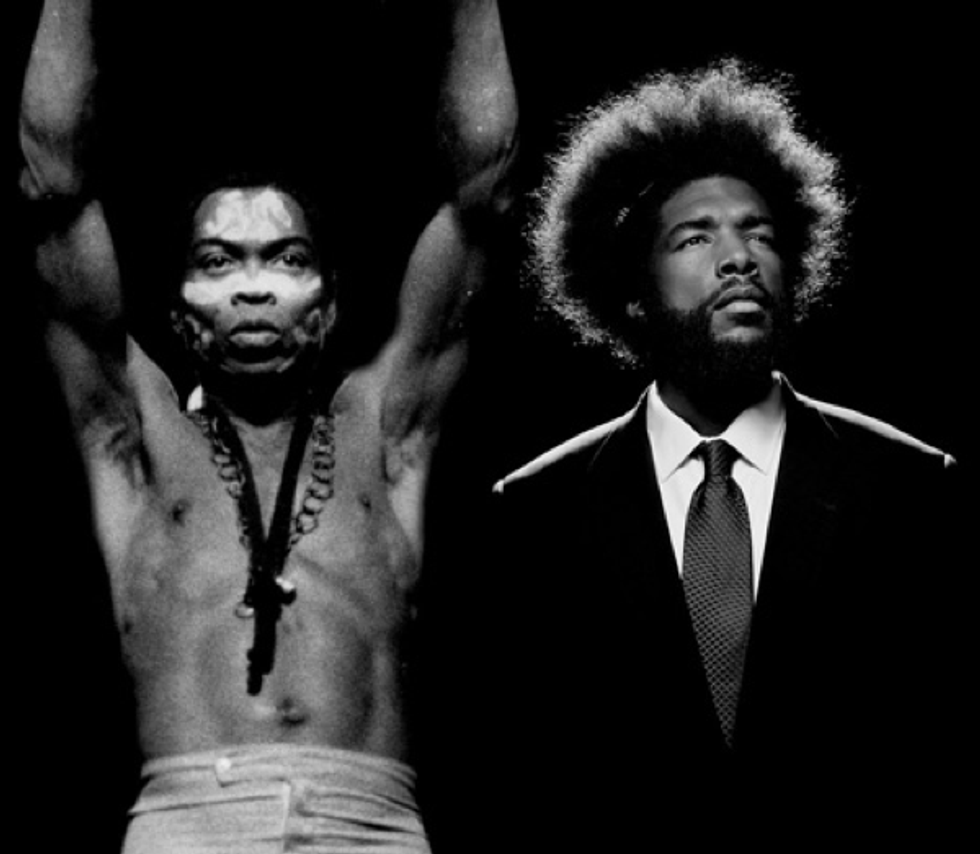 Few stories are as inspiring as that of Fela “Anikulapo (he who wears death in his pouch)” Kuti. He lived life exactly as he wanted to, fighting against corruption, calling out oppressive regimes everywhere. He fought hard and, at his renowned club The Shrine, he partied hard, inspiring a generation of Nigerians to shake their yanch both literally and figuratively . You can live that life for a few hours too in the city that never sleeps (the musical is back on Broadway for a very limited run, July 9 through August 4. Grab tickets here.) and on that score, nobody is living for now like ?uestlove.

You already knew that el patrón really, really supports FELA! the musical. But in a current radio spot, the afro-lord broadcasts the immense effect FELA! had on him back when he saw it for the first time in 2008, reveals that he’s seen the show 15 times (!) and lists the only valid excuse for missing it's return to Broadway as "death." So he really likes it, is what we're saying to you. Listen to ?uesto’s endorsement below, and read his impassioned diatribe here.