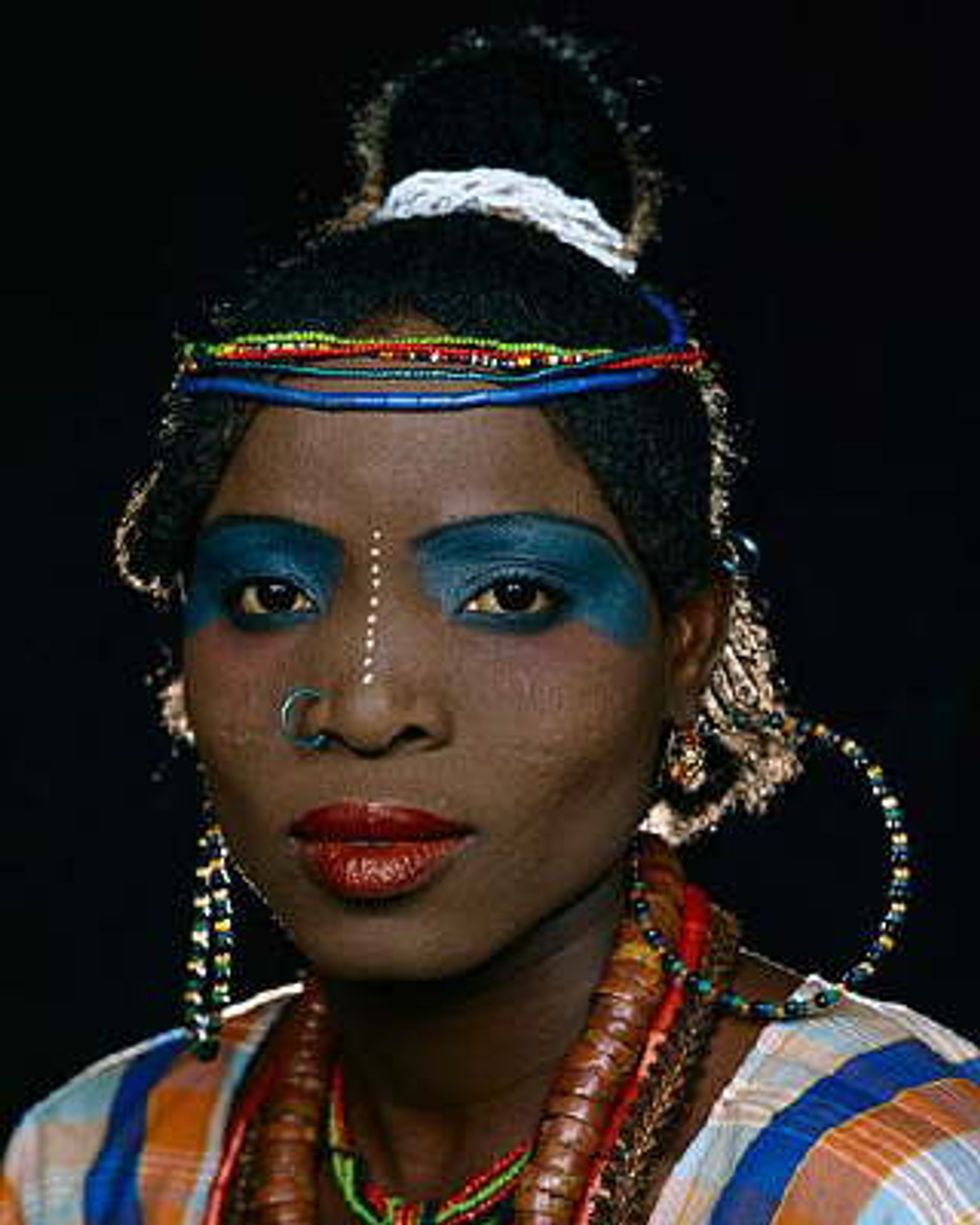 While we are in the Felabration's week, this is gallery featuring the original Fela's Queens portraits and some of the Broadway show Fela!.

We once read that "Fela Kuti wouldn't be Fela without his Queens." In the 70s, he married 27 women (many band members and dancers from his performances) in a Yoruba ceremony. They were all called Queens. As a Nigerian activist Fela and his entourage, including the Queens, constantly faced intimidation and torture from the police. In 1985, Fela came out of jail and divorced all of them, claiming that he didn't believe in marriage anymore. Some of them deserted because of the pressure and some of them were faithful up to the end. Standing by Fela Anikulapo Kuti was tough and intense — the Queens didn't have a easy life and there is no word to explain how strong and talented they were. They clearly deserve recognition and, even today, they're still a source of inspiration. One of the aspects they're most known for is their style. Utilizing bold makeup, edgy hairstyles, and colorful costumes, many photographers, fashion editors, stylists, makeup artists, models have drawn inspiration from the Queens. Let's celebrate their lives, beauty and roles in positive change for Nigeria. Scroll through our gallery to see pictures of the original Queens and also beautiful photographs from the Queens as portrayed on the Broadway show Fela! Pictures by James Petrozzello, amongst other photographers.