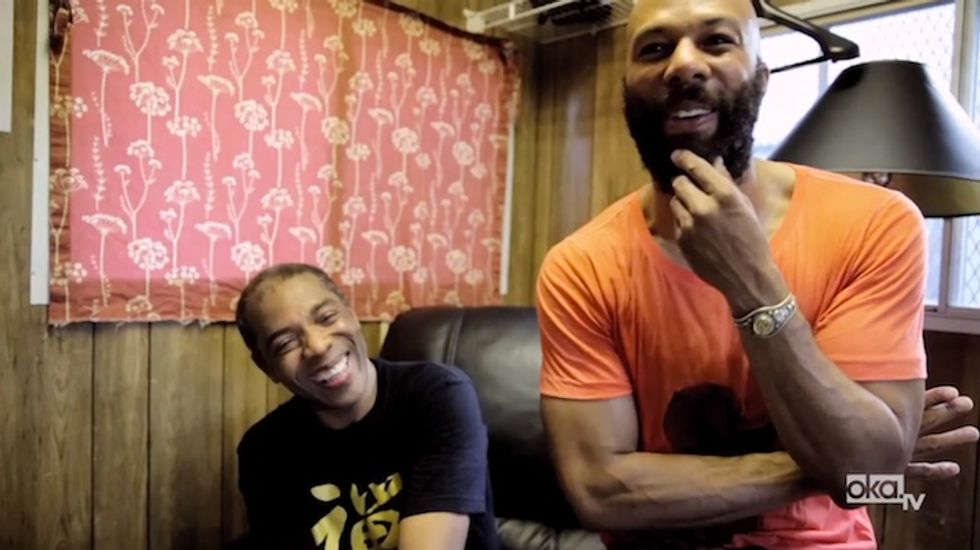 On a sunny June afternoon, Okayafrica hosted an all-out bash at Central Park SummerStage with afrobeat torchbearers Femi Kuti & The Postive Force alongside Sudanese-led group Sinkane and DJ King Britt — as well as a surprise guest appearance by Common, who laid down a freestyle over "Water No Get Enemy."

Okayafrica TV caught up with Femi & Common backstage for a jovial interview and spoke to Femi on his desire for the audience to leave the show with the hope, courage, and strength to "wake up the next day, continue the struggle for survival and want to be part of something great." Watch the video below.