Afrobeat at its Purest: Femi Kuti Releases Africa for Africa 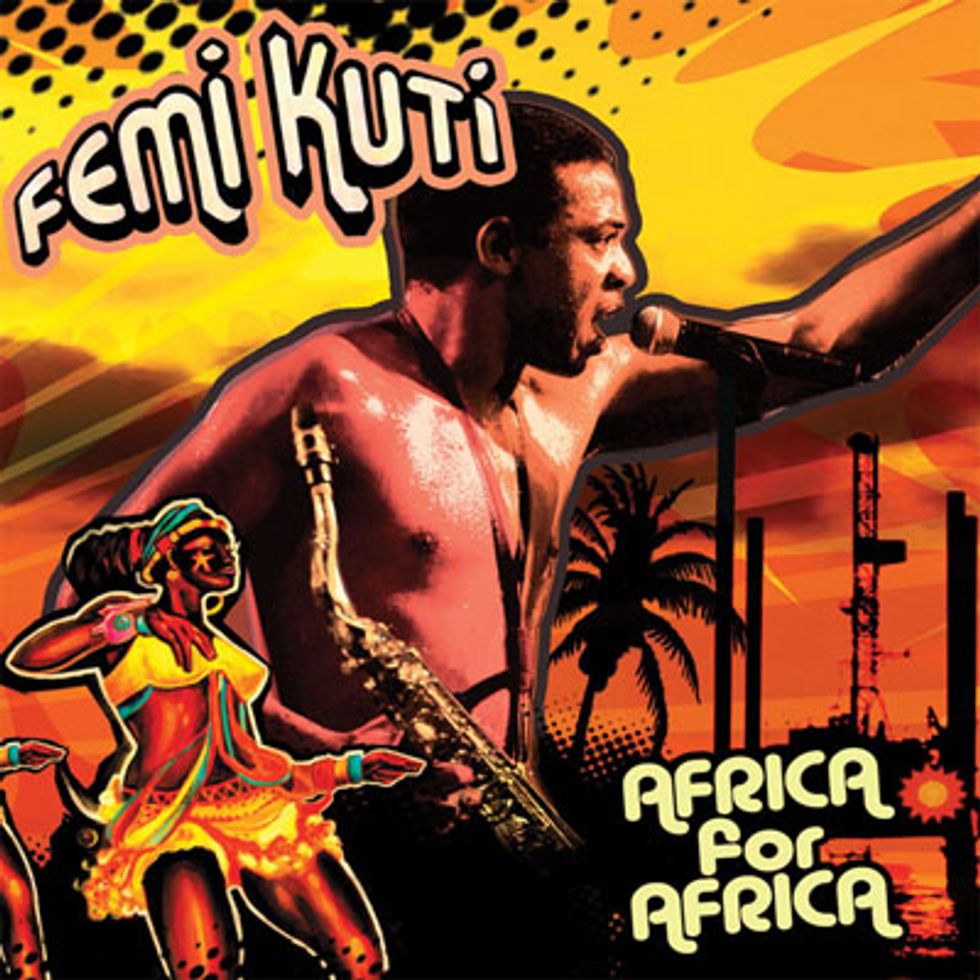 And so the Kuti revival continues: today marks the release of Femi’s new album from Knitting Factory Records, Africa for Africa. Recorded in the same studio he first recorded in with his father, Africa for Africa extends Femi’s – and his father’s – political legacy with tracks addressing the usual political suspects of modern Africa with a paired-down, pure afrobeat form: corruption, misuse of resources, tyranny and the repression of the population.

Femi and his band the Positive Force will tour their phenomenal powerhouse of a live show in the U.S. this spring and summer. For dates check it here or check them out below.  And for a little reminder of how hot a night with Femi can get, follow me after the jump.