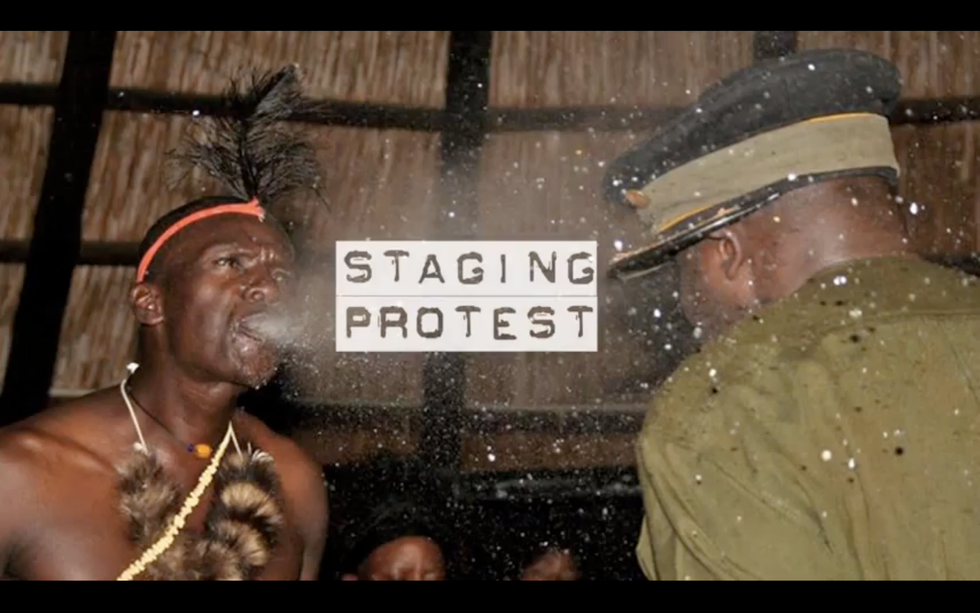 Beginning in the late nineties, Zimbabwe has been mired in an inferno of political repression and unremitting economic hardship. Over the last decade or so an estimated 3 million people, a quarter of the country’s population, have fled the troubled nation’s borders to settle in neighbouring states or abroad. For the many that stayed behind it has been a time of quiet despair; of gritting teeth and holding onto the ledge.

Robert Mugabe, the country’s autocratic leader since Independence from white-settler colonialism in 1980, has over the years systematically clamped down the space where voices of dissent – artistic, political and intellectual – can articulate themselves.  In Staging Protest, a forthcoming documentary on protest theatre in Zimbabwe, first-time filmmakers Imraan Jeeva and Vinayak Bhardwaj look at how theatre is used to confront truths that have largely remained unspoken for fear of retribution.

The playwrights, actors and directors of these politically charged plays risk limbs and jail time but in order to understand the motivation why; the words of holocaust survivor and writer Primo Levi may hold the answer: “for these survivors” he says, “remembering is a duty. They do not want to forget, and above all they do not want the world to forget, because they understand that their experiences were not meaningless.”