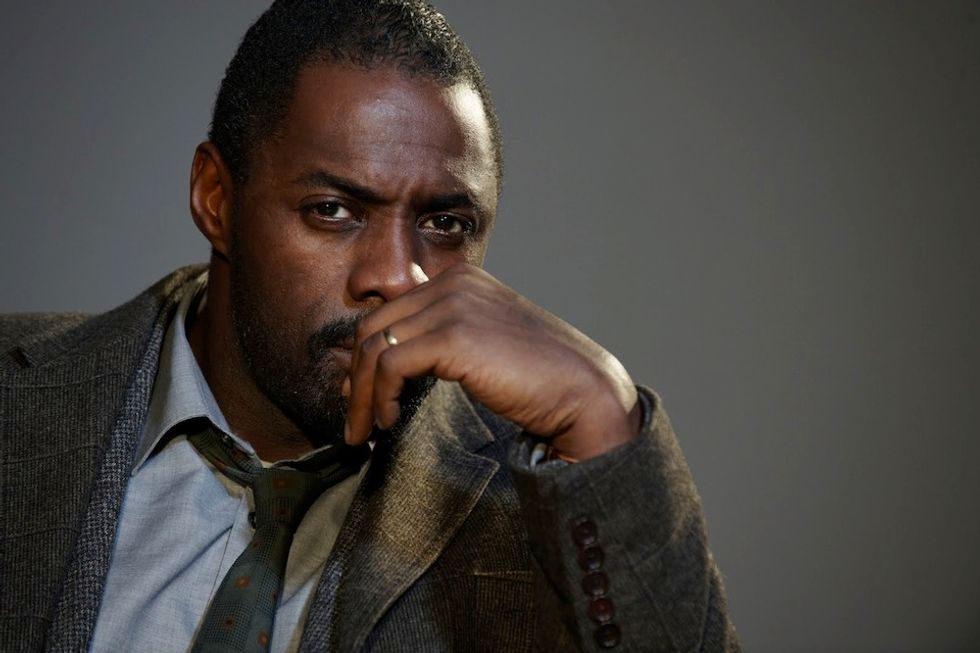 Photos of the 'Luther' star on the film set have leaked.

Those of you who wouldn’t bat an eye at drinking Idris Elba’s bathwater will be thrilled to know that behind-the-scene photos of the British actor, clad in cowboy gear, on the set of South Africa-based film, The Dark Tower, have surfaced on the Internet.

It’s a first glimpse of the star, who also lent his voice as lion-villain Shere Khan in Jungle Book, and he looks quite convincing as the brawny gunslinger in the anticipated Sony film adaptation of Stephen King’s western-meets-fantasy eight-part series, which has taken three decades to get the big screen treatment.

I can't believe this is actually happening. pic.twitter.com/lVgtail4LT

Elba’s character will square off against the dubious “Man in Black” a.k.a. Walter Padick played by Matthew McConaughey.

It’s great to see the flick, directed by Nikolaj Arcel and due out in theaters February 2018, is finally in production after quite a bit of speculation, several false starts and studio changes, according to The Hollywood Reporter.

See more pics of the Beasts of No Nation  and Luther  star on set over at Daily Mail.