First Listen: Kufré's 'From My Room' 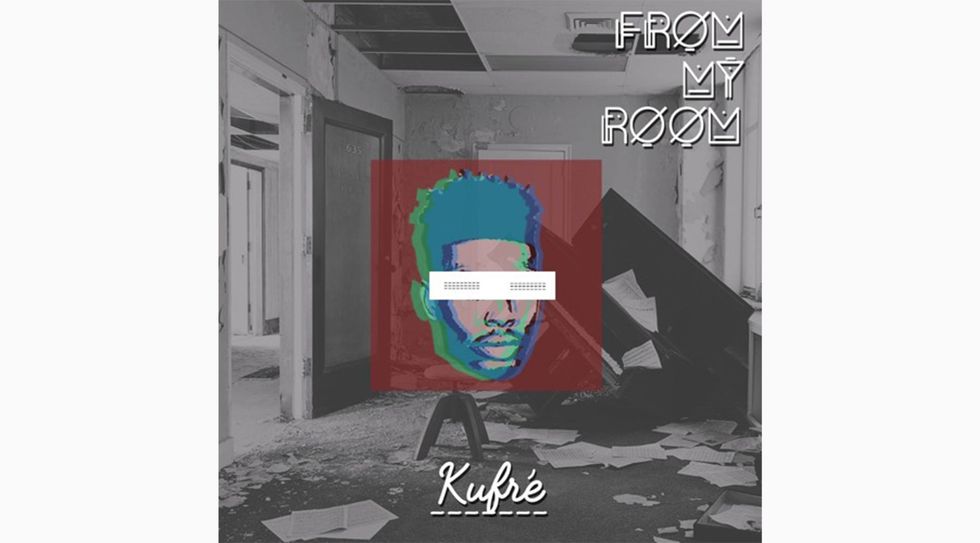 The Nigerian rapper Kufré is a fresh voice on the Nigerian music scene. Check out his new EP "From My Room" then see our interview with him here.

Kufré is a new artist on the Nigerian music scene and “From My Room” is his first project and it is an impressive one. The 23 year old rapper makes seductive, trap-inflected R&B with a distinctly Nigerian flavour. The multi-talented civil-engineering-graduate has produced all but one song on his EP and—as its name suggests—mixed them all in his bedroom. We caught up with him last month.

When did you start making music?

First time I ever saw a DAW was in Babcock. I saw Bankyondbeatz use it, I was like I must learn this. I just loved technicality at the time. Then I went to Malaysia (for university) and recorded my first song in 2013. It was wack, but I liked the texture of my voice.

“Bad belle” is the only song here you haven't produced. Is this for a special reason?

Because of the instrumentation. It's has that classic sound I love and this is my favourite song on the EP.

Who is this guy on it bold enough to call himself BARZ?

Believe me when I say you'll hear that name all over soon. He's a young talented guy. Mad rapper. Trust me.

What is the thinking behind the skit “Senibo”?

Only Senibo (a poet) can answer that but basically it's about greed in our country.

I'm being a pedant but why is it called a “skit” and not an “interlude”?

To be honest I was rushing that's why I just called it a skit.

Chidinma” is the only uptempo song here. Was this the plan? If yes, why?

This song wouldn't have made it but I just wanted people to know I'm not a one genre artist.

“Bitches” sounds like it came from Santi/Ozzy B brilliant Suzie’s Funeral. Are you a fan?

Major fan, before I even knew him. A super talented guy.

Making beats or singing first, which came first to you?

Singing first because that's what I knew how to do for while. I've been making beats for just a year and a half.

Where was the EP recorded?

In my room, literally. Mixed in my room and mastered at Ben X studio.

Paid for by yourself?

I didn't have to pay—did almost everything myself.

Some people say I talk but I'll say I do it as it comes. Whatever is in my head at the time.

Who are your influences? Nigerian and abroad.

Sade—she played a big part in my life. As far Nigerian artists, honestly it's the upcoming guys like Odunsi, Zamir and Santi.

What era to you is the golden age of Nigerian pop music?

The time Burna Boy came out was it for me because that's when I figured doing your own thing your way can still work.