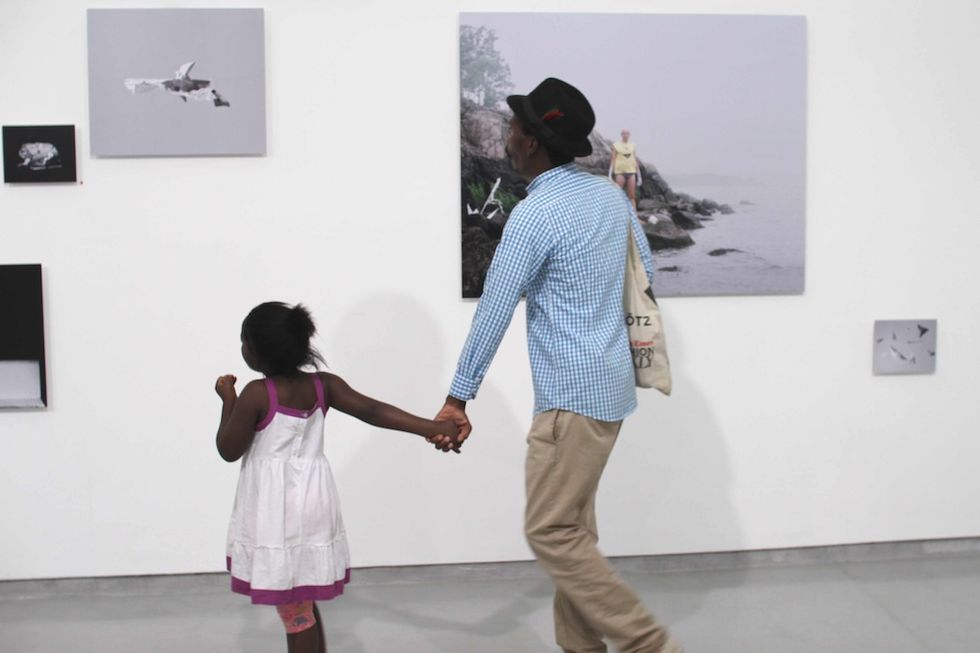 First Thursdays in Cape Town, which Gareth Pearson organises along with Mike Tymbios, allows art, music and food lovers to wander into galleries after dark.

Even in a new city, one finds the old city they are trying to abandon etched into the new city’s architecture, people, food, culture, and market place. It is no surprise then that Cape Town, like Zurich, London and Seatle, has a gallery night. Gareth Pearson, who initiated the concept in Cape Town, came across the concept for First Thursdays by complete accident. He was in Zurich and it happened to be the Lange Nacht der Museen (Long Night of the Museums).

“It seemed to make sense for Cape Town's central city, where you have lots of galleries in close proximity but in an area that typically dies at night. Part of my interest was trying to catalyse that after hours gallery going culture one sees in other cities,” Gareth says.

First Thursdays, which Gareth organises along with Mike Tymbios, allows art, music and food lovers to wander into galleries on a monthly basis from 17:00 until 21:00. Rather than putting on special exhibitions, the galleries exhibit what they are showing at the time. During the February edition, galleries were so packed that folks had to physically push bodies out of their way. And then, after arriving in front of the artwork disorientated, art-goers would arrive at a moment of peace to take it all in. On Youngblood and Beautiful Food, a three-story restaurant and art gallery on Bree Street, there was opera downstairs, punctuated with the sound of fork and knife at the restaurant, and on the second and third floor, there was art.

There's a variety of work to see featured at the many galleries involved. February alone saw work exhibited from South African award winning photographers the likes of Pieter Hugo, David Goldblatt, Zanele Muholi, and Mikhael Subotzky. Of course, there was also work from students and up-and-coming artists on exhibition at The Work in Progress gallery on Church Street. Accompanying the exhibition was a DJ outside the entrance playing music for Thursday attendees to sip in as they stared into the artwork inside.

A great starting spot for First Thursdays is Green Market Square, where bands and live music gather. As a full concert erupted Green Market Square on the night of 6 February, traders were still clearing their stalls and had to navigate their trolleys around the crowd. The sound of their trolleys and of the bands fused into the distinct soundtrack of a First Thursday in Cape Town, an event that obliterates the intimidating feeling oftentimes felt towards the artworld and its galleries. Look out for the next First Thursday on 6 March in the City Centre.