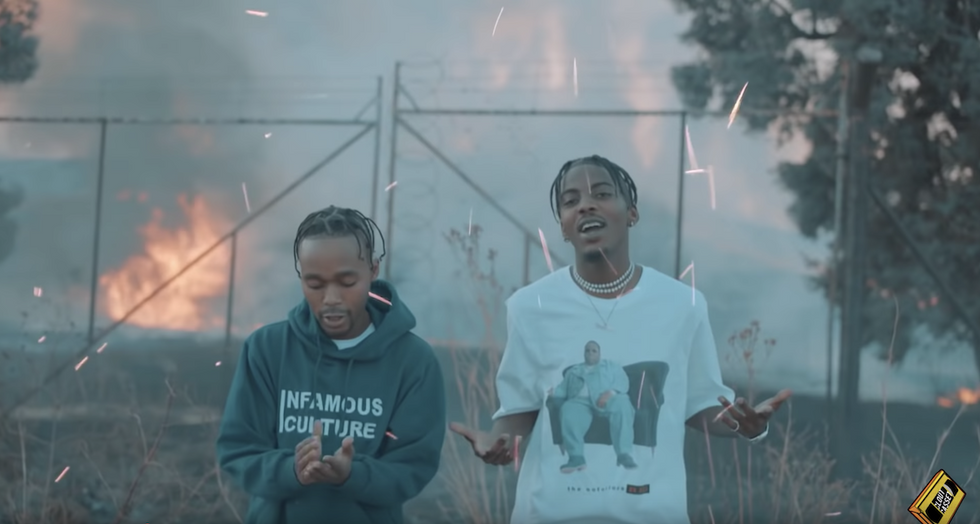 Flame just released a new video from his latest album.

Flame and Ecco's new video for their collaborative song "Home Run" shows just how deep their friendship runs. After Flame dies in a drive-by shooting and is seen ascending to the clouds, Ecco takes care of his friend's family.

The video is directed by Morale Phala, popularly known as Clout Cassette. He has shot numerous visuals for Flame and his affiliates.

"Home Run" is a song from Flame's debut album CandyMan, which was released in July. The project spans 19 songs and runs for 76 minutes. But you will wish it was longer.

CandyMan is one of the best South African hip-hop albums of the year, and an addition to an already impressive discography which includes the rapper, singer and producer's 2017 debut EP Clouds and its incremental Clouds (Special Edition), a collaborative EP with Zoocci Coke Dope titled DND (2018), an EP titled Germander, which was released earlier this year before CandyMan.

The album features artists who are in Flame's immediate circles such as Zoocci Coke Dope, Ecco, Ayanda Jiya, The Big Hash and more.

Flame has built a strong reputation among South Africa's new wave of hip-hop artists, and CandyMan further solidifies his position.

Watch the music video for "Home Run" below and stream CandyMan underneath: