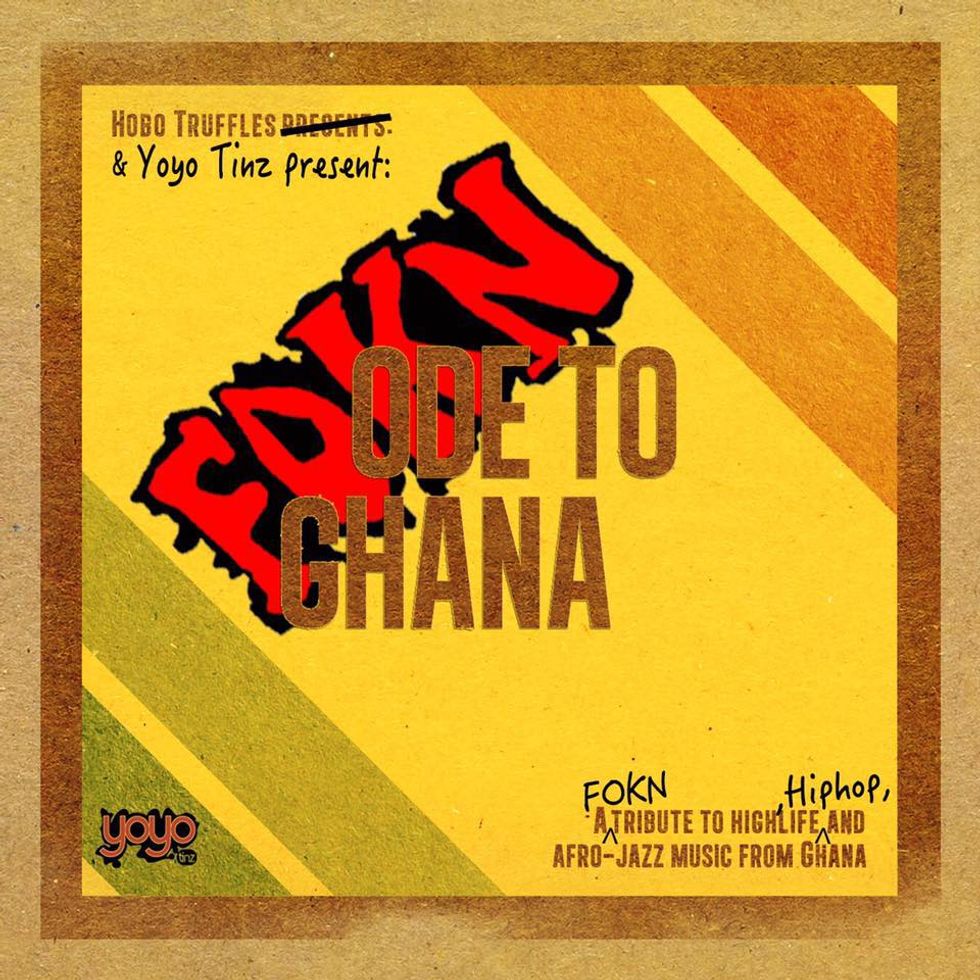 It’s been nearly several years in the making, and has been described as “a tribute to highlife, hip-hop and afro-Jazz music” for “children of the sun, ” as the FOKN Bois put it in a lyric from the album.

What makes it sweeter is it’s free.99 and in collaboration with YoYo Tinz, the young collective documenting Ghana's burgeoning hip-hop scene. The exclusive was announced on their brand new website.

According to Yo Yo Tinz’s site, FOKN Ode to Ghana is based on Hobo Truffles’ hip-hop instrumental album of the same name that showcased Ghanaian Highlife samples made by hip-hop producers from around the world. FOKN Bois have meticulously laid their flows over them.

The eclectic, 21-track project won’t disappoint fans who have come to know FOKN Bois for their unconventional style of bringing depth and satire to their lyrics while commenting on the sociopolitical, economic, and Afro-religious issues affecting their homeland like a loss of cultural identity, skin bleaching, corruption as well as international currents such as black American’s so-called cultural appropriation of African culture. FOKN Ode to Ghana's narrative is packed with the rappers' signature wit, interlacing metaphor with sarcasm. And at times it’s humorous—we learn Ghanaian bus drivers are “f*ckin crazy.”

Offer a listening ear below, and expect a soul cleanse with this one, aptly timed with America’s “independence” day. And if you’re feeling particularly moved, consider purchasing a copy here.