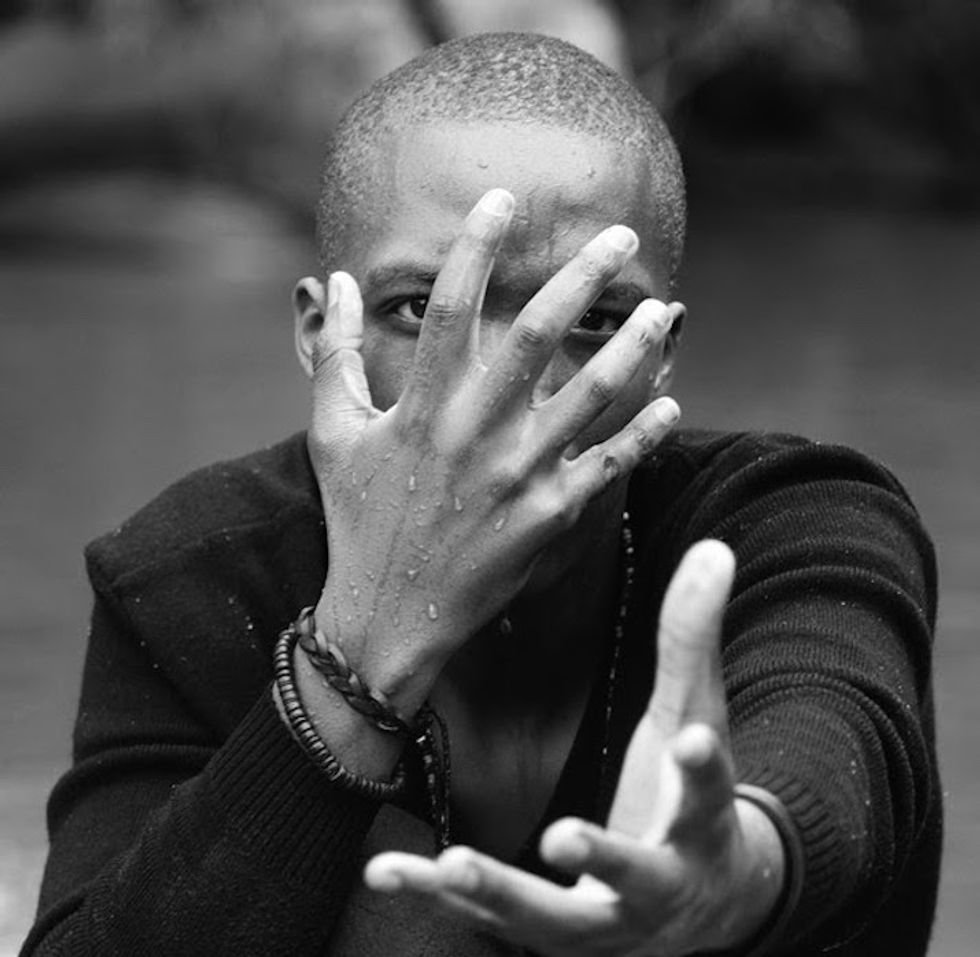 The emotion on South African singer Fortune Shumba’s debut single “Free Heart” is incredibly palpable. The Mpumalanga-native’s lyrics tell of an intense passion, “I’ll love you till your heart feels free,” he sings as a deepening piano melody provides the backdrop for his soothing vocals. Shumba’s personal experiences–whether it be dealing with heartache or caring for orphaned puppies–have shaped his work, influencing him to create music that’s reflective and brimming with feeling.

We got a chance to speak to the rising artist, who recently signed to Tshepang Ramoba’s record label, POST POST Music. He tells us about how he landed the deal with the BLK JKS drummer, discusses his personal and musical influences, and shares the endearing story behind “Free Heart.” Listen to the song below and read on for our conversation with Shumba. Be on the look-out for Shumba’s upcoming EP 'Dawn.'

Okayafrica: Can you tell us about your background? Where did you grow up? Where are you currently based?

Fortune Shumba: I am a soul that dwells within a body named Fortune Shumba. I am a dreamer, I am a lover, I am a singer, I am a writer, I am a painter, I am a child to my mom and dad and a brother to my siblings. Currently based in South Africa, in the Mpumalanga Province, in between Nelspruit, the city where I was born and raised, and Gauteng. I spend some of my time in Johannesburg, which is my home away from home.

What would you say are the main influences on your songs?

I always try and write songs from my own experiences, most songs come to me during times of being overwhelmed by emotion. I am quite sensitive and very much in touch with my spirituality. I exist a lot in my head, which has resulted in me spending a lot of time alone or having serious conversations with my inner self that eventually build up to lyrics or sometimes just the melody to a song. This reality of mine, and a bit of creativity, make the music a little more emotive and relatable to the audience. It also helps me feel as an artist, whether that means finding, healing or being torn apart and vulnerable. That's the whole purpose of the art as far as I am concerned, to make us feel.

I also draw a lot of influence from nature and its relation to us as humans, and modern technology. How we are all somehow connected, how much the past has influenced the current and how the present will influence the future. I'm influenced by relationships –human to human, human to inhuman, love, lust, pop culture, pain, longing and loss. The meaning of dreams and teachings that have been passed on from generation to generation. It all fascinates me, our existence is such a mystery!

I am also influenced by a lot of local and international musicians. I'll name a few: Busi Mhlongo is one my my heroes, Bjork as well. Brenda Fassie, Jabu Khanyile, Bholoja, The BLK JKS, Freshlyground, Luther Vandross, Sade, Whitney Houston, Bongo Maffin, Florence + The Machine and daring new local acts like Nonku Phiri, Moonchild, Sanelly and Nakhane Touré. Literally every single musician I've ever heard has influenced me in one way or another, actually.

"Free Heart" is a fragile and beautiful track. What inspired the song? What's it about? How did you write and record it?

“Free Heat” was the last song recorded for my debut EP Dawn. It wasn't even supposed to make the EP. I had previously asked Mash, one of the producers I worked with on the EP, to make me a really simple beat I could sing on, and this one time in the middle of my last studio session in Johannesburg for Dawn, he randomly started playing this beautiful keyboard driven instrumental. I liked it as soon as it started playing.

So, when I went back home in Nelspruit the next day I found out the stray dog that had been living mostly near our house had given birth to about 6 puppies and then disappeared for days. My mind was quick to conclude that she'd died, so my two siblings and I took the little pups in and took care of them. They were so young and the world had robbed them of their only support structure. I could only imagine what they were going through.The words for “Free Heart” started coming to my mind as I sat alone with them this one morning. I took my phone and started recording myself, I guess it's safe to say the song wrote itself. I then added a few metaphors to make it a bit more appealing to other people as well, to allow others to be able to interpret the song their own way. Plus I thought people were gonna find it unusual that a grown black guy was singing about puppies. Or would they? I then used the simple beat Mash had made me along with the lyrics I had come up with and recorded a demo, which was pretty dope. Three days later I hit a good friend of mine Anerah Yasole up, we set up a nice little "studio" in his bedroom and recorded the song in about three hours.

After recording my EP with no backing from any label I was faced with the challenge of getting the music to the people, getting it heard by the masses whose lives I'd intended on touching. I'm from a little township called Ka-Nyamazane, where there are many hopeful and ridiculously talented singers and rappers who've released countless mixtapes with little to no luck at getting exposure outside of the township and province.

I was determined to break that curse. So I sent my music to literally every single email address I could stumble across (Nakhane Touré told this). I was following Tshepang on social media, being a huge fan of his work. This one time he posted his email address and I was quick to flood him with songs from my debut EP. I didn't hear much from him for a good month or so. Until this one time when a friend of mine, Cece, called me in the middle of the night to let me know my song was being played on a new TV drama/series. I thought it was a prank until a couple more people texted me about it. Before I knew it, Tshepang Ramoba, another one of my rebellious musical heroes, was calling my phone and I was trying to keep my cool and not freak out or sound dumb during our conversations. This lead to the birth of the revisited version of “Free Heart,” which he co-produced, and we all now know and love. It also let to me working with a group of amazing, experienced and passionate human beings in the form of Post Post Music.

How would you describe your own sound?

I do not like to attach my music with any form of tags. I don't have one specific sound or genre even though I may, on a specific project, focus on a running theme or sound or image. It all depends on how I am feeling or how I'd like to feel. Dawn was a dark record, most of the songs came from a place of heart-ache, self hatred, regret and concern. I try to carry an emotion vocally, since my voice is my only instrument. It's not necessarily about hitting all the right notes and showing off. I like to think of myself as a mere storyteller, a messenger. All I care for is carrying the feeling and the message across. If I feel like rapping it out, so be it.

Do you have plans to release more music soon?

I just wrapped up recording sessions for my second EP, Daylight. It takes off from where Dawn leaves off. I'm planning on releasing a trilogy, and Daylight will be the second installment of that. I'm in a better space now and that shows in the music. It's a record about learning to love and forgive yourself and your own shortcomings. Learning to accept your own imperfections and finding love and beauty in the most ordinary things in life. I had fun making this record. I learned to be patient, I learned to trust my intuition and to let the universe lead me to where I'm supposed to be. Plus, I have a home for my music at POST POST Music now so that's even more exciting.