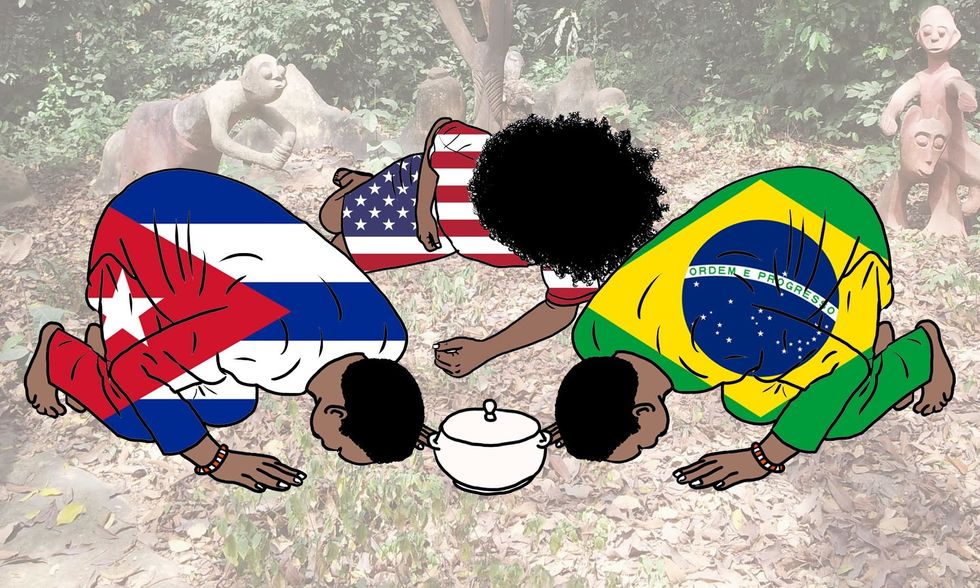 OrishaImage.com and Yorubaname.com have linked up to create a Yoruba course for Spanish, Portuguese and English speakers across the diaspora.

Though the majority of Yoruba speakers live in Nigeria,Yoruba people exist far and wide, and many folks are yearning to become more familiar with what many consider to be their "mother tongue."

In response to this demand,Kola Tubosun of Yorubaname.com and Moussa Kone of Orishaimage.com teamed up to create the comprehensive "Yoruba Melody Audio Course" catered to "Olorisha and cultural tourists" from countries with strong ties to Yoruba culture, namely Cuba, Brazil, and the US.

The free audio courses comes in English, Spanish and Portuguese and includes 22 unique lessons, covering everything from greetings, compliments and climate to health, appointments, eating and drinking, time and much, much more.

The reception so far has been immense, especially in Brazil, says Kone. "The course was met with enthusiasm in South America," he told OkayAfrica. "Especially in Brazil, where the news of the free download was spread in the Olorisha community of the Yoruba-derived Candomblé religion and shared on social media, we received many obrigado mails from people expressing their thanks for this work."

It doesn't stop there, the co-creators have more Yoruba language guides in the works. Next in line is a German audio course, as it's Kone's first language. It will be the first Yoruba course in German since 1967, he tells us.

Tubosun is also continuing work on the development of a Siri-like, Yoruba talk-to-text app, which we first learned about last year—so we have that to look forward to as well.

Each lesson in the "Yoruba Melody Course" is completely free and available for download and sharing. Check out a short video introduction below, and the full lessons in all thee languages underneath.