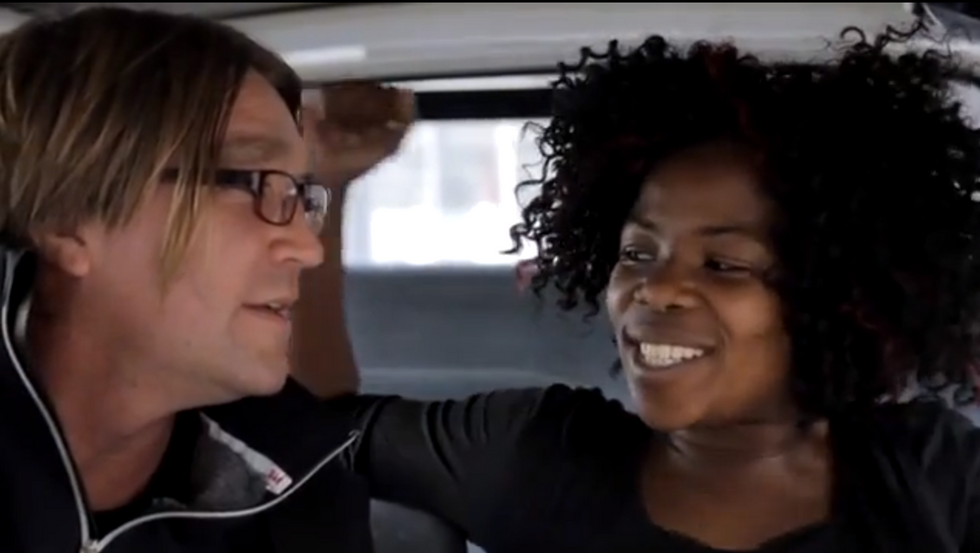 Live acoustic performance from Freshlyground for the ONE Campaign's Agit8 protest music project.

Afro-pop activists Freshlyground are featured in the latest video presented by the ONE Campaign's agit8 project. The overcrowded, heavy-bassed, anything but chill space of a beloved Cape Town minibus is transformed into, well, quite the opposite: an on-the-go stage for acoustic covers and peaceloving dialogue. In between campfire takes on two of history's most weighty activist tunes ("Revolution" and "Redemption Song,") Freshlyground's angel-voiced Zolani Mahola and bassist Josh Hawks swap stories of protest music during apartheid, as well as in post-apartheid South Africa. Watch the jam session below and check out more live performances from the agit8 project featuring Spoek Mathambo x Krar Collective and the Brother Moves On. Learn more about ONE Campaign's agit8 project centered around protest songs — “an urgent call for action against extreme poverty… leading up to the G8 summit in Northern Ireland.”