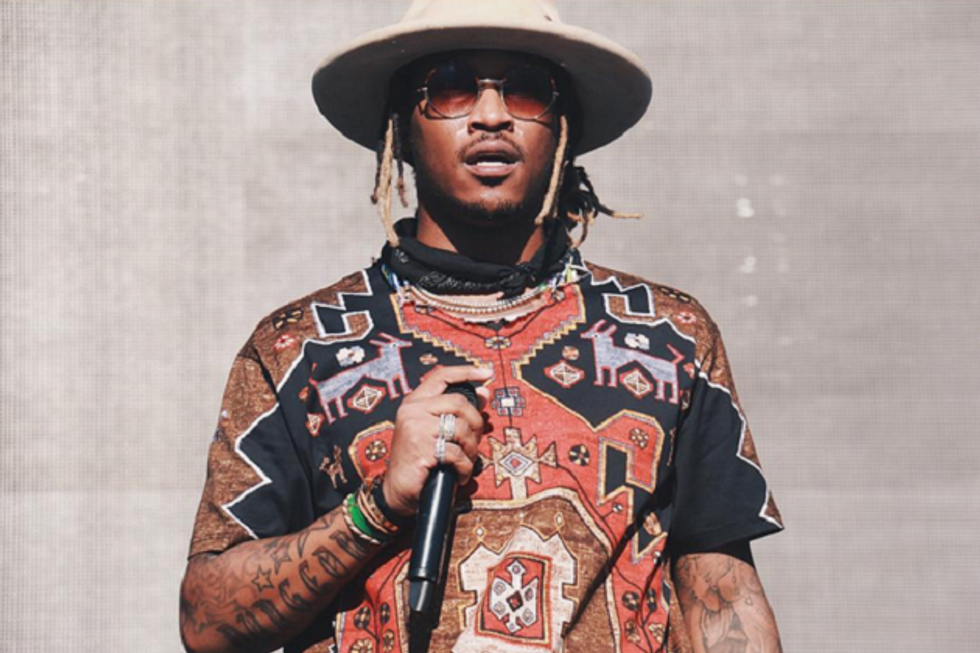 Future is set to perform at the 2016 MTV Africa Music Awards, where he's nominated for "Best International Act."

If you needed another reason to tune into the MTV Africa Music Awards this year, here it is.

It’s been confirmed that the “surprise international act” mentioned last week, after it was announced that Trevor Noah would be hosting this year’s show, is hip-hop superstar Future.

The Atlanta-based rapper is set to perform at this year’s show alongside Yemi Alade, Alikiba, Casper Nyovest, Ycee, Babes Woduma and more.

Future’s also nominated for “Best International Act” with the likes of Beyonce, Rihanna, Adele and Drake.

African #FutureHive members are in for another treat, as the rapper is also slated to deliver a live set directly after the show.

Word is that he’ll be performing some of his most popular cuts including “Same Damn Time” and “Turn on the Lights.”

The MAMAs will go down on October 22 at the Ticketpro Dome in Johannesburg.