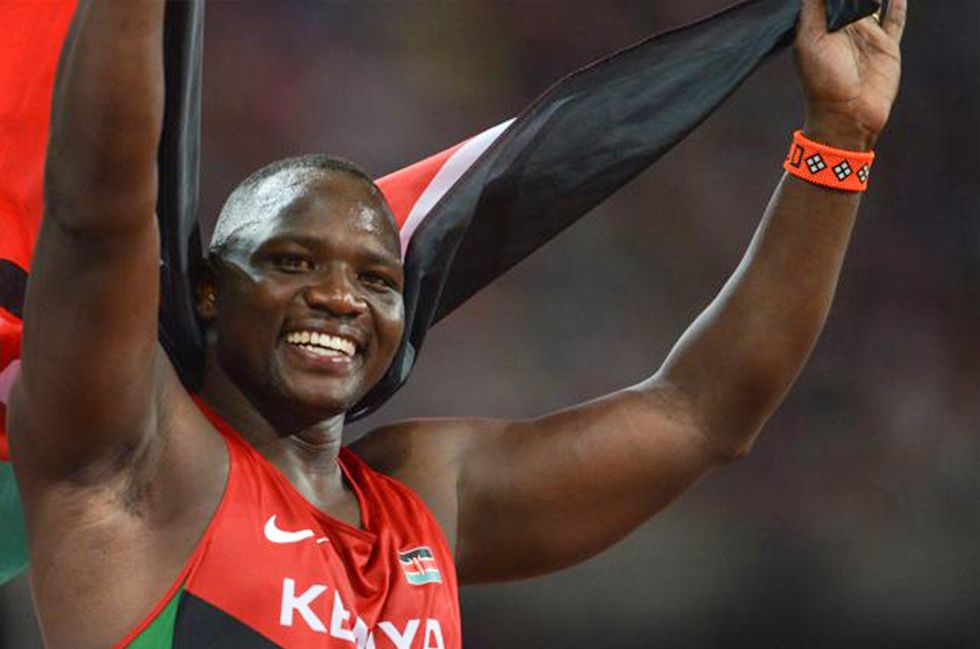 Despite not having a coach or training facilities, Yego is competing for gold in men’s javelin throwing on August 17 in Rio.

Who knew you could learn how to become an Olympian by watching Youtube videos?

That’s the hack Kenyan Olympic javelin-throwing-phenom Julian Yego of Kenya’s Cheptonon village used to excel at the sport that entails throwing a spear long-distance. It has earned him the nickname, “The Youtube Man” throughout Kenya. In 2015, Yego took home a gold medal at the world championships after launching a javelin 92 meters— that’s an impressive 301 feet. He’s also the first Kenyan to qualify for a field event at the Olympics, and a two-time All African Games champion. In 2012 at the latter sporting event, Yego catapulted a javelin 81.81 meters (265 feet), making history as the first Kenyan and African to have ever achieved such a feat.

However, behind every success story is a set of obstacles that has to be overcome. He first discovered javelin-throwing, which he says flows in his blood, at the village primary school located five miles from his home. Yego started competing there, forming makeshift javelins from branches removed from nearby trees.

Yego’s father was less than pleased when he learned his son had picked up the sport. “He wanted me to pursue education,” the Olympian says in the autobiographical video below. “I used to not tell him that I’m going for competition.”

In addition to his father’s disapproval that he was placing his javelin career over his education, Yego didn’t have a coach in Kenya or a javelin facility where he could train. Determined to continue his training in the track and field event, the future-Olympian turned to Youtube. “I would go to the cyber [cafe], look at the great javelin throwers, see what they do in their normal

in their normal training, and I would come and practice the following day.”

And the 27-year-old Kenyan’s road to Rio has been made rocky as he learned recently that his coach won’t be present until the day before he competes for gold in men’s javelin throw on August 17. A week ago, Yego alleged he’s a victim of sabotage on Facebook.

Yego will have to lean on his humble beginnings to achieve his Olympic dreams, but they're well within his grasp.

Watch the incredible story of “The Youtube Man” below: