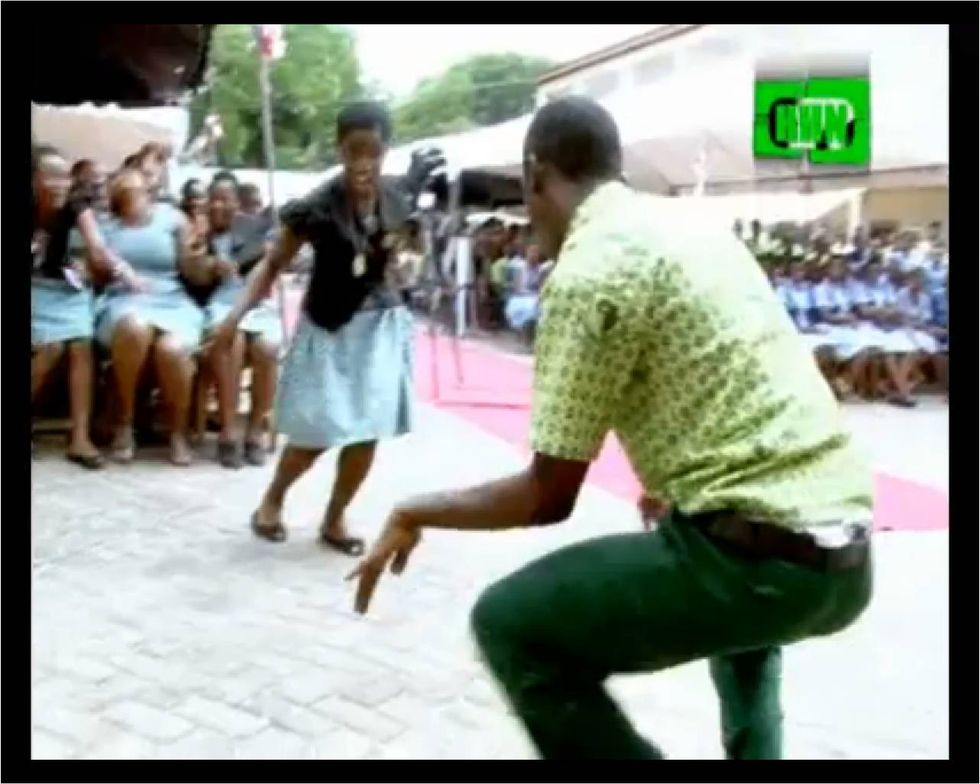 Late last year reports of Ghana's Azonto craze began popping up all over. Articlesweredrafted, hiplife rappers embraced it, high schoolers threw down the dance moves (video above), even Amber Rosetested it out.

Azonto's origins are uncertain, claims are the dance was birthed in Accra's Bukom under the name "Apaa" (which means work) — hence its movements would mimic everyday tasks like driving, washing, ironing, etc.

The dance rose to global consciousness when Ghanaian footballer Asamoah Gyan used it as a celebration after his 2010 Africa Cup of Nations final-qualifying goal against Nigeria (above), as well as in a number of English Premiere League matches with Sunderland. Gyan doubles as a rapper in a couple of hiplife artist Castro's musicvideos.

Azonto has since morphed into a cultural phenomenon. An article in This Is Africa traced the etymology of the word, delivering a succinct re-cap of the dance music's rise:

Starting off as a slang to describe a "loose", cheap or ghetto person, Azonto soon became a popular word when rappers like Sarkodie started using it in their songs. Azonto then became a genre of music based on the rhythm that was used by these popular musicians. People needed a way to dance to dance to the "new" rhythm, so they started to borrow from Asamoah Gyan’s hugely popular moves, and from there the Azonto dance was birthed. (TIA)

Azonto's banner anthem so far has been 2010 Ghanaian rapper of the yearSarkodie's infectious "U Go Kill Me." Watch the track's music video above, hear his companion E.L.'s brand new joint "Obuu Mo" below and try an' tell us these beats don't grab you!