I Got A Lot Of Enemies: Traveling To The Six While African 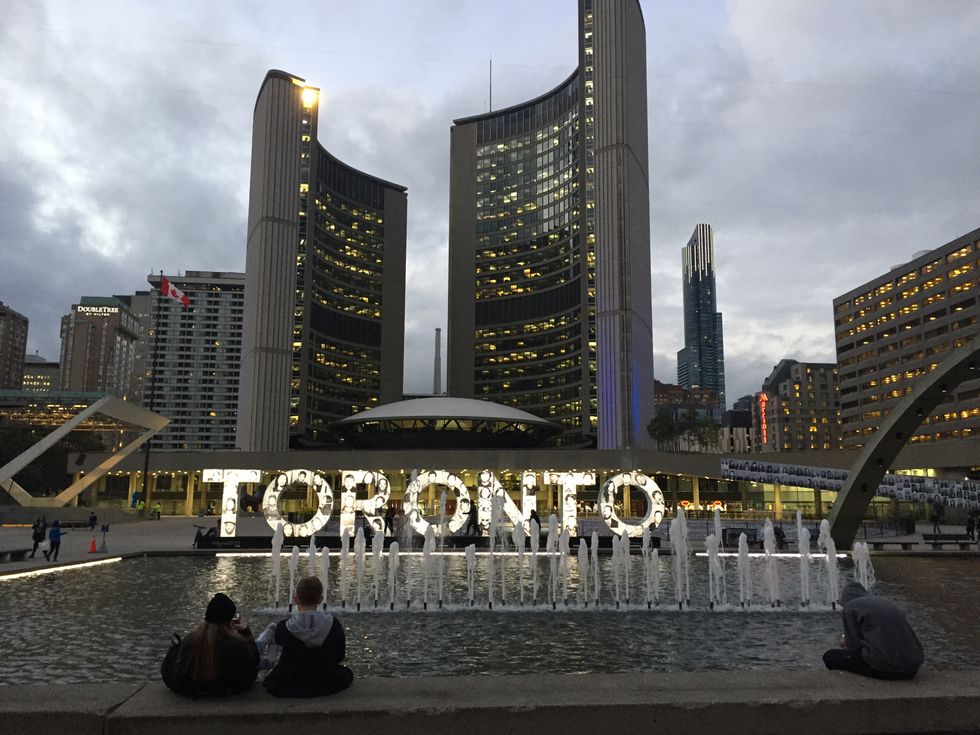 Crossing borders is more complicated when you're African. Even with a United States passport.

It’s summer, and I’m on Chicago’s South Side for a job. I’m supposed to be organizing Wal-Mart workers to fight for better wages and working conditions. It ain’t going well. I’m tired. I walk for hours through stadium-sized parking lots and aisles upon aisles, blinding white walls, filled with black workers in navy polos and blue vests, their heads down. The brown eyes of the employees stay fixated on the floor’s white tiles. It’s a sterile twenty first century plantation.

No one wants to speak to me. They know what’s up when I ask, “you like working here?” Eyes avert from mine, dart back and forth making sure a manager isn’t around the aisle with a pink slip. I leave at night and drive through the city. Teenagers mobbin’ on corners approach my car at intersections. Cops race by, sirens light up the block and my heart is as stop-and-go as the lights. I get to where I’m staying—the village of Bedford Park. White people frolick about, oblivious to the pain that black people are going through a few miles away. Fourth of July is coming up and they tell me that people always die that weekend.

I have a three day weekend and a car. I look up at the night sky and see the North Star. I ain’t never been to Canada. I decide to go to Toronto. I’m gonna play Drake the whole way there. Fourth of July wasn’t meant for me anyway. So, I go north.

But a blue American passport in brown hands can be voided real quick.

At the border, the cars in front of me spend a minute or two at the window. When it’s my turn he spends forever looking at his screen. He asks me a dozen questions and then repeats the same questions again, waiting for me to contradict myself. I don’t. The contradiction, I assume is in my melanin, or his perception of it.

“I’m going to need you to park over there.” He says pointing to the customs building. His white hands suck out what little color is in my USA passport and hands it back to me. “Once you park, step out of the vehicle and go inside to talk to an officer, oh, and leave the keys in the vehicle.”

The customs officer that questions me is bulky and ugly. White authority ugly. He asks me the same questions the other dude did, and then asks them again, waiting for me to contradict myself. I don’t.

“What were you doing in, uh, Ethiopia.” He asks.

“You were born there?” He says, excitedly, as if he caught me. As if being born in Africa is an unforgivable crime.

“No, I was born in California, like it says in my passport.” I tell him.

I look through the window. Three officers are tearing up my rental car, going through my duffle bag of clothes and books. Dogs are sniffing for nonexistent drugs.

Kanye plays in my head, “Rental car from avis.”

“Who are you staying with?” he barks.

“How do you know this friend?”

“I met him a few weeks back in Detroit.”

“Detroit?” He says, loudly, a bewildered look on his face.

“What were you doing there?”

“Just sightseeing. Thought I’d check it out—it being so close to Chicago and all.”

He scoffs, “Nobody goes to Detroit to sight see. That’s like going to Haiti. It’s a shit hole. A garbage dump.”

Because they places with a majority black population you mean? I think.

Racism and the microaggressions (and macroaggressions) they spawn are wreaking havoc on our tongues, cause I bit mine so hard I felt the blood come out.

After an hour he tells me he’s going to let me in “his” country. He says he's doing me a favor.

I get back into the car and drive towards Toronto, my tongue barely hanging on as I whisper a prayer to the Six God, asking him to guide me safely through the rest of my trip.