'The Great African Horror': Photographing Depression And Its Effects On African Men And Their Families 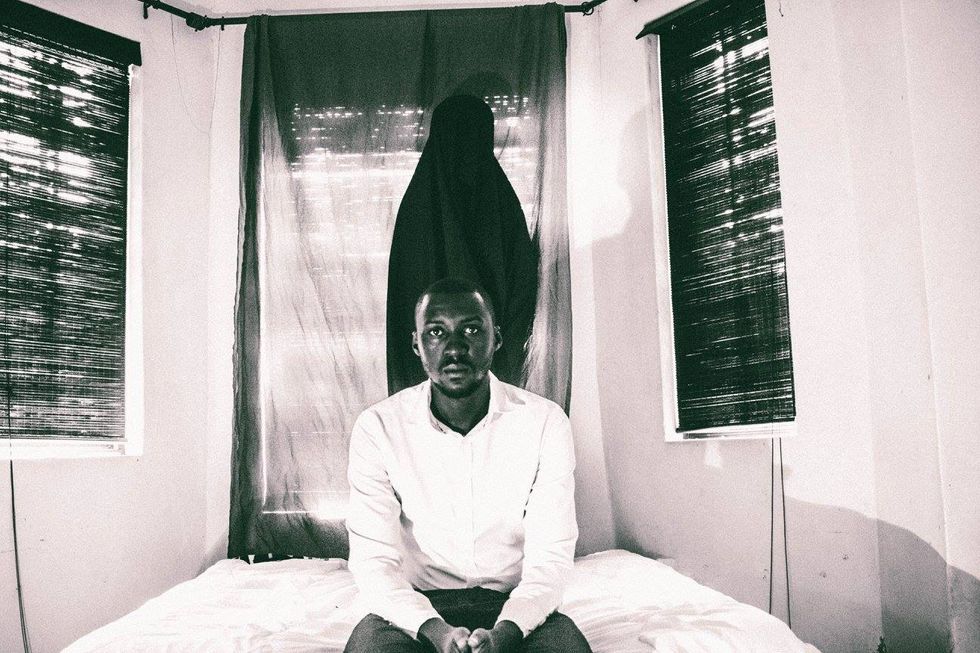 Thembela 'Nymless' Ngayi, The Great African Horror - All images courtesy of the artist.

Depression has long been misunderstood in many African communities—especially in men. Usually attributed to misfortune or witchcraft, its destructive effects are visible on families and communities. A young South African photographer visually examines the relationship between the illness, the afflicted and the affected in a poignant series of images.

“When one of my peers committed suicide in 2002, the community was quick to say that he was "bewitched" because he was a straight-A student," says Ngayi. “No one knew he suffered from depression." The title, explains Ngayi, alludes to the “horrifying story" that follows undiagnosed depression—cases that can destroy families and communities.

Ngayi's photographic career began in 2010 when he and his hip-hop crew, Street Lyricists, needed album art for their mixtape. At the time, he had a small camera with which he began taking photos at their various performances. This ignited in him the love for photography but it was only in 2014 that he began taking it seriously. He now alternates between photography and a day job in PR. Ngayi is also the founder of Organized Crime, a creatives' collective.

The Great African Horror moves away from a perspective that might attribute depression to witchcraft or 'bad luck'. Using monochrome images, the series shows a man and a woman in various settings and with a number of different props. The man in the photos is the afflicted while the woman represents the affected: family unit, support structure or community.

“She is greatly affected by the depression and eventually becomes a victim as she is also not equipped to help the man deal with it," says Ngayi. “She also represents "society" which can become the catalyst for a person's depression. Society often turns a blind eye to the condition, hence, in some of the images she seems as though she doesn't notice his suffering."

At the same time, even though the photographs are primarily about the man's struggle, the choice of depicting a man and woman was deliberate to acknowledge depression's non-exclusivity to gender.

“The woman plays a dual role in the series. At first she represents society, the black community I grew up in. In some shots you see her ignoring the male character while he seeks her attention and this is the same way society will ignore you when you go through a low point in life. Friends start to distance themselves from you.

We also see her sympathise with the male character in shots where he lays dead, the same way people would feel once a person has decided to take their lives because they had no one to help them through their depression. The knife she points at him represents the name calling and sharp hurtful comments that are thrown once a black man admits he suffers from depression. This is why we avoid talking about our feelings and just deal with them internally."

The photographs are of a personal nature to Ngayi. In 2015 he went through a number of setbacks that led him to what he describes as his “lowest point" where “everything felt like it was old and time stood still."

According to the South African Depression and Anxiety Group (SADAG), the rates of depression amongst men in South Africa is climbing alarmingly. They receive up to 97 calls a day. Research suggests that men are less likely to seek treatment for depression, a serious illness which can be successfully treated. Their data also shows that men die by suicide at four times the rate of women.

In coming up with the series, Ngayi says that most of the time involved planning. He spent time reading up on clinical depression and figuring out how best to interpret it photographically.