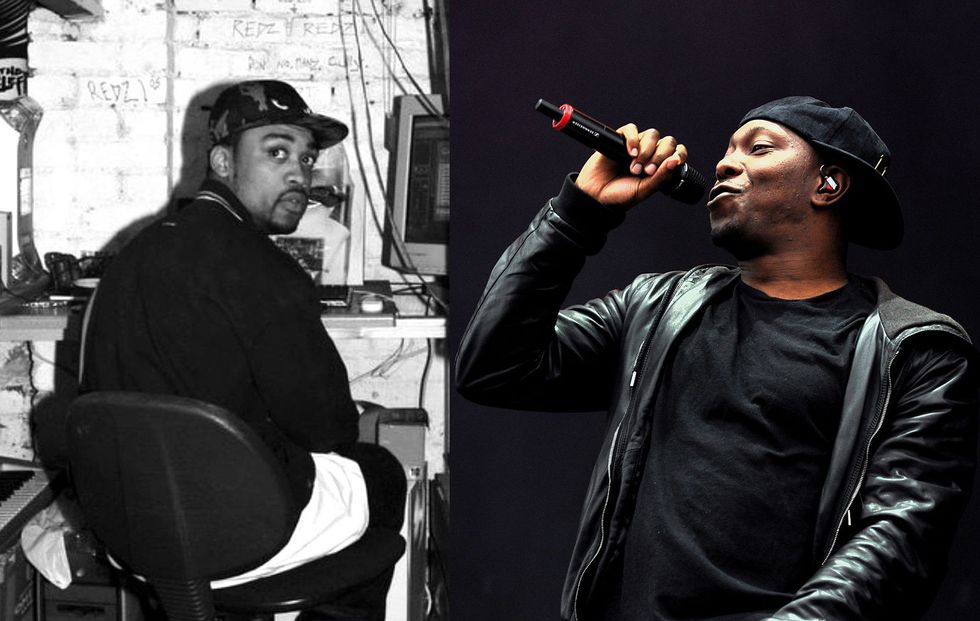 A decade long feud between the inventors of grime—Dizzee Rascal and Wiley—turned into a vicious war of words over the weekend that included death threats.

Dizzee, born Dylan Kwabena Mills and Wiley, Richard Cowie Jnr, can credibly claim to have invented one of the most exciting and dynamic music genres of the last 20 years but a decade long coolness turned hot when Dizzee lashed out at Wiley on his latest album, Raskit, with the track The Other Side.

It appears that public pressure to reunite two of Grime's biggest stars was enough for Dizzee to want to bring his frustrations with Wiley—commonly referred to as the godfather of grime—out in the open. The verse in question:

Why these bredders beggin' a re-union?Why's the Godfather touchin' on the kids?
Why you actin' like you never knew and he's movin' new again?
There ain't ever gonna be another crew again
So tell Willy that I don't need a pen pal
Stop writin' me these letters cos I don't know what to do with them
It ain't ever gonna be '03 or '02 they don't do it how I did it
Somebody tell me what I've gotta prove again

Rascal and Wiley originally fell out after Rascal was the victim of a vicious stabbing attack in Cyprus in 2003. This still mysterious event marked the end of their collaborations and Wiley has publicly stated that Rascal still lays some of the blame at his feet. Something Wiley doesn't deny. Last year, Wiley said—somewhat insensitively—in an interview with Timeout London

'You know what the sad truth of all that business with Dizzee getting stabbed is? I hate saying this, but I always say it: if he hadn't got stabbed, grime wouldn't have been in The Sun. He got stabbed and then bro, the WHOLE of England was talking about it. It took that to get our sound into the nation's ears. That's the sad side of things.'

Their fight, like so much toxicity, made its way to Twitter over the weekend with the two trading threats and allegations including a now-deleted tweet by Rascal that said "Wiley I know you think all this trolling is funny but one day you're [going to] push me too far and I'm going to kill you. I hope you keep laughing."

Here's some of their conversation:

I was making Grime when Wiley was on Top of the pops with Pay as you Go and shacking up with school l girls. I'm not the Godfather I'm GOD
— Dizzee Rascal (@Dizzee Rascal) 1506854681.0

I've never seen a Nonce so protected since Saville. Thats life but I'm not gonna let you dis my name then rate him in the same sentence.
— Dizzee Rascal (@Dizzee Rascal) 1506857992.0