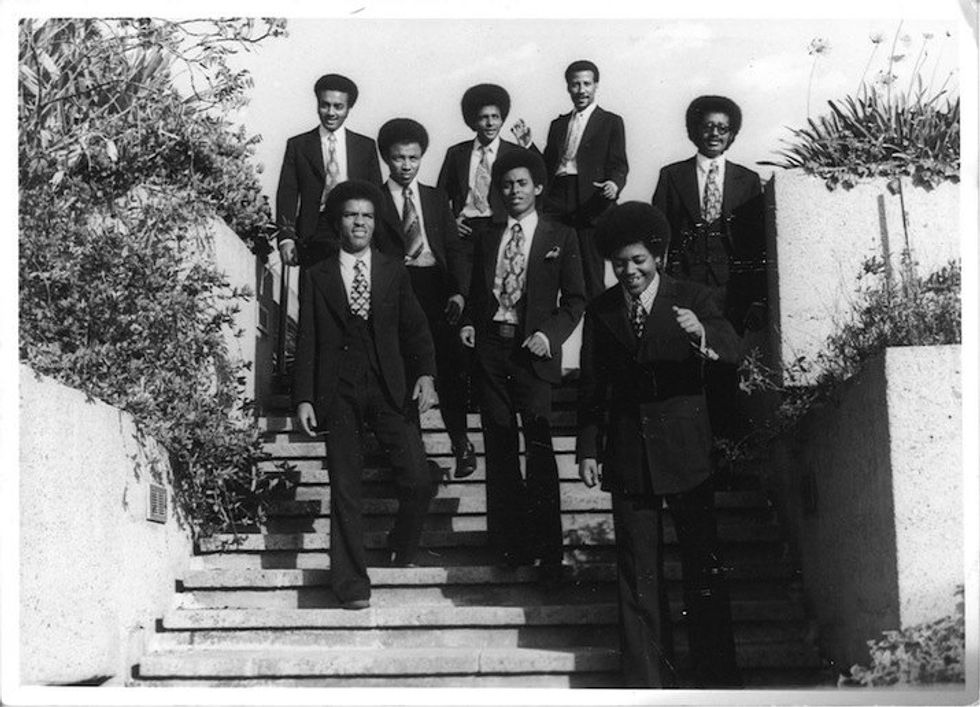 The period of the early 1960’s through the mid-1970’s marked a "golden age" in Ethiopian music history. In September 1974, about thirty years ago this month, Ethiopia's political, economic, and social climate shifted with the overthrow of Emperor Haile Selassie and the rise of the Derg regime. The country's music scene, at once dominated by Ethio-jazz and funk legends like Mulatu Astatke, entered a state of unremarkability. The Walias, led by keyboardist/arranger/composer Hailu Mergia, are perhaps one of the most influential groups to come from an otherwise stagnant era for Ethiopian music. Mergia, who started out working the nightclub scene in Addis Ababa, formed the Walias in the early 1970's. Last year Awesome Tapes From Africa reissued a solo cassette from Mergia, who now lives in DC. Hailu Mergia & His Classical Instrument: Shemonmuanaye, originally out in 1985, signaled Mergia's spellbinding work to resurrect the vintage Ethiopian accordion sound of his youth and pair it with psychedelic analog synth music. This year Awesome Tapes looks to Mergia's earlier days as a member of the Walias band.

An album of instrumentals originally released in 1977 off Ethiopia's Kaifa Records, Teche Belew is the seminal (and first / only) Walias full-length, which the group recorded at Radio Voice of the Gospel in Addis (the Lutheran-owned station was soon after taken over by the Deng government and used for propaganda purposes with its new name "Radio Voice of Revolutionary Ethiopia"). Intent on capturing a range of sounds, Mergia had asked four of his bandmates to contribute arrangements to the record, which, though primarily instrumental, featured a backing chorus of three vocalists. ATFA is gearing up to reissue Tche Belew next month– which will mark the first time it's been made available on CD / MP3 and also the first time it's been released outside of Ethiopia. Today we're excited to premiere Ethio-jazz-funk gem "Eti Gual Blenai," which opens with a grand introduction before launching into full Walias band twinkly bliss. Tche Belew is due out worldwide October 14th. Pre-order it via Boomkat, Rush Hour, Picadilly or Juno and listen to "Eti Gual Blenai" below.