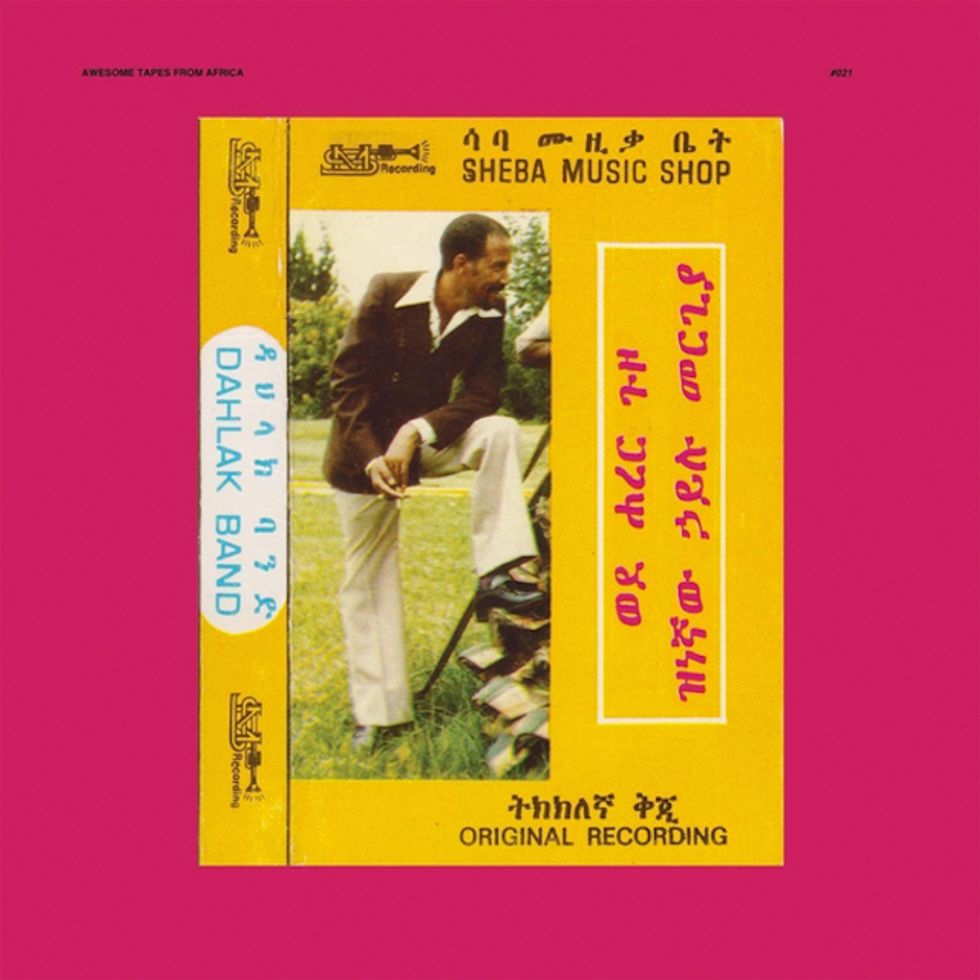 Awesome Tapes From Africa unearths the vintage Ethiopian sounds of Hailu Mergia and Dahlak Band with the reissue of "Wede Harer Guzo."

Legendary Ethiopian keyboardist, accordion player and composer Hailu Mergia had his band’s collection of Ethiopian songbook classics, Wede Harer Guzo, hidden in his closet for 30 years before it was finally unearthed a few years back. Now, the 1978 cassette is getting the vinyl treatment courtesy of the the folks at Awesome Tapes From Africa.

The Dahlak Band’s unique sound helped them reach new audiences during times of political instability in Ethiopia. " ‘Wede Harer Guzo’ (meaning ‘Journey to Harer,’ which is a town in Eastern Ethiopia) was recorded during a period of military-imposed curfews when clubs had to stay jamming until sunrise because people weren’t allowed on the streets at night” says Brian Shimkovitz of Awesome Tapes From Africa. Their unconventional sound appealed to younger listeners and offered an alternative to classic Ethio-Jazz.

The remastered version of Wede Harer Guzo drops on June 17, marking the first time that the album will be available on vinyl. Pre-order it here and listen to one of its featured tracks “Sintayehu” below. Haliu Mergia will continue his world tour this summer with stops in Brooklyn, Baltimore and at the Stolkholm Jazz Festival. Check out the dates underneath.